Indio Hills - and the Pacific! 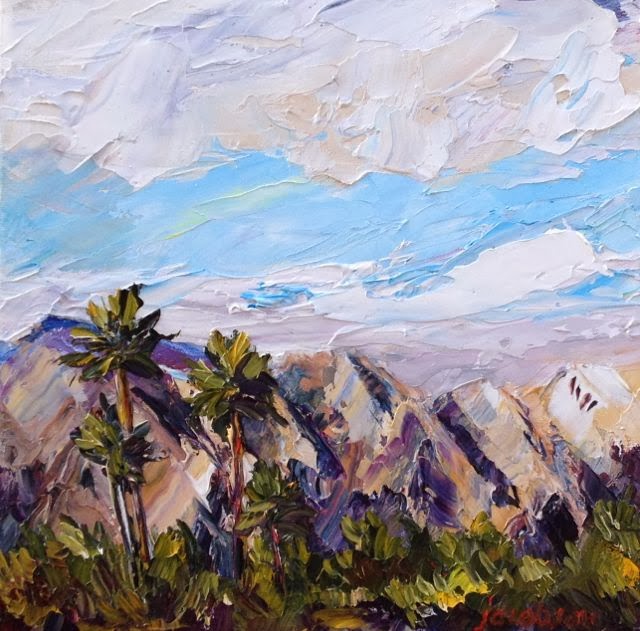 I made it to California! Walked right into the Pacific! It was an experience I'd never thought I'd have during my lifetime. And it took the edge off the fact that no paintings - zero zero zero - sold at the show in Indio.

It wasn't only me, so I guess that's good, though show-wide low or no sales do not make for the best of atmospheres. People were dithering over items that cost $20, and most of the time, not even buying them. I saw no wall art leave with buyers, though I heard that a couple artists did sell a couple pieces. So it was a big disappointment, and a crappy way to start the 2014 show season.

But it's over and done with, and I did my best, so I have moved on, figuratively and literally.

And I met some really nice people at the show. My neighbors were all fun, happy folks who laughed with me, bolstered me when I needed it, and shared some of the stories of their lives with me. 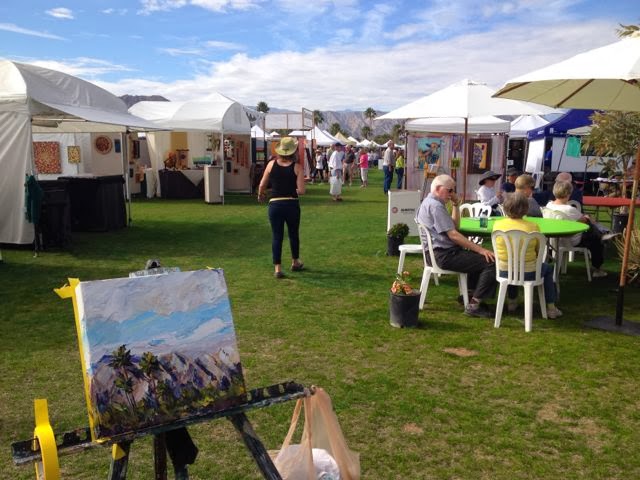 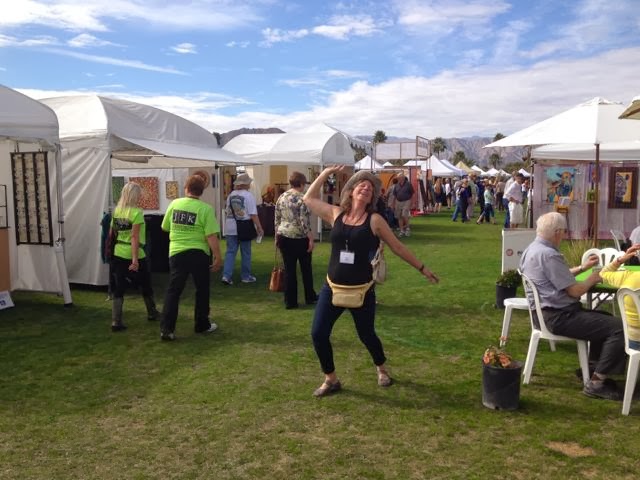 Here's Judy Smith, one of my neighbors at the show. She makes
beautiful leather bags, belts, wallets and the like. You can see more of her stuff by clicking here.
Shawn Harris, below, was another of my neighbors. He puts on masks
like the one he's wearing here, and then takes photos of himself in interesting poses and places. You can see more of his stuff by clicking here. 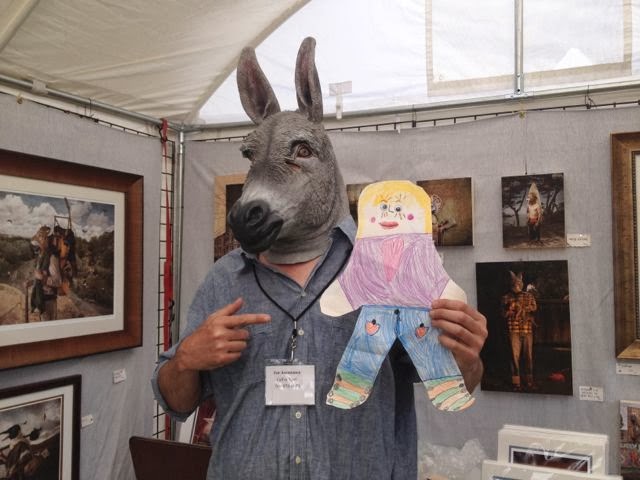 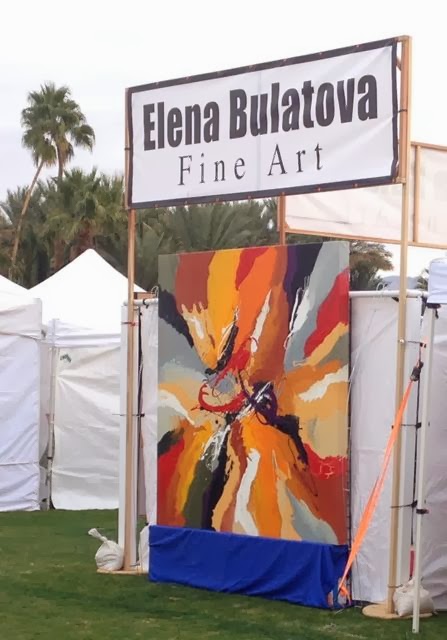 In shows on the East Coast, my paintings are considered large - but not so in California!
The painting above must have been 7 feet by 7 feet. Artist after artist had HUGE paintings. 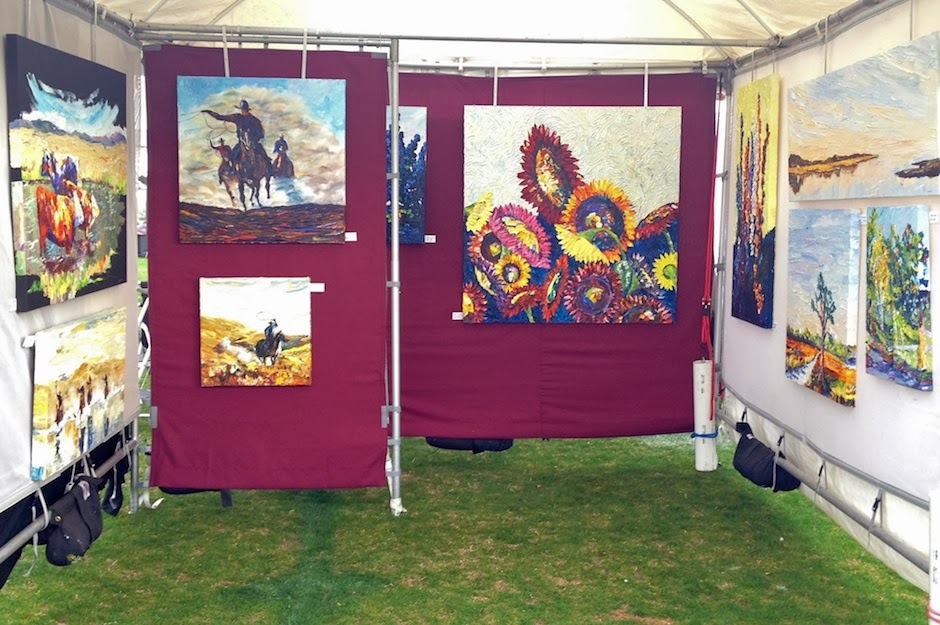 Here's my booth, with my new garnet-colored wall covers. 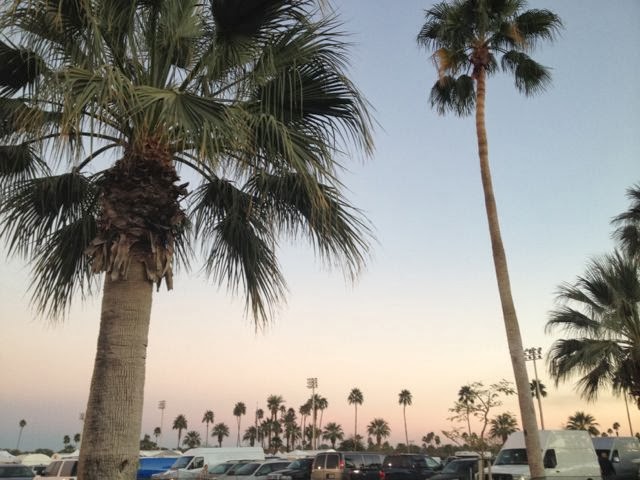 The sky over the artist parking lot in Indio. 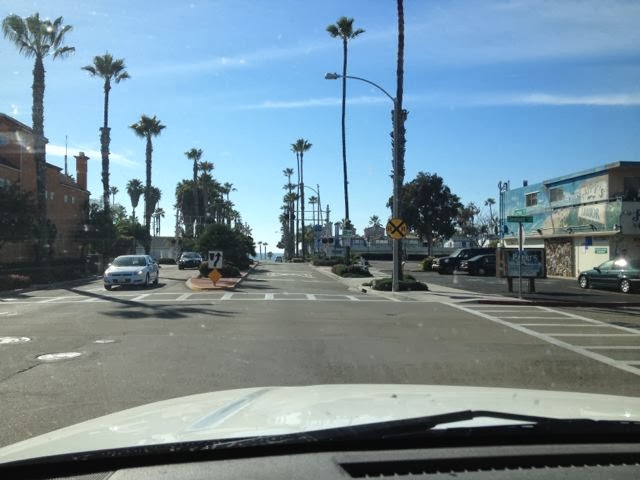 Above, my first glimpse of the Pacific, in Oceanside, California.  Below, the waves weren't big in Oceanside, but down the coast, they were large enough for some surfing. 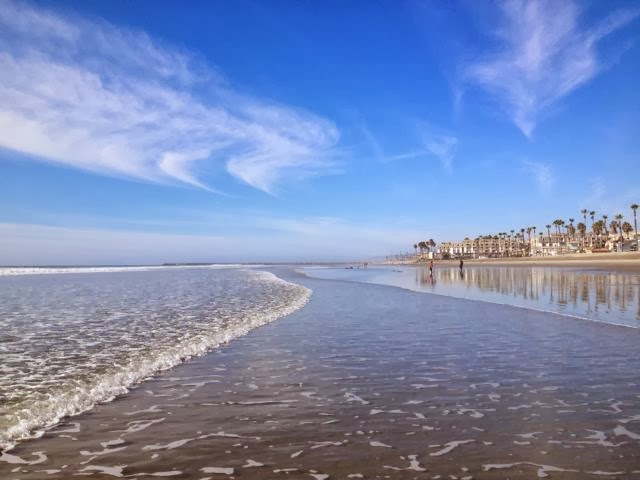 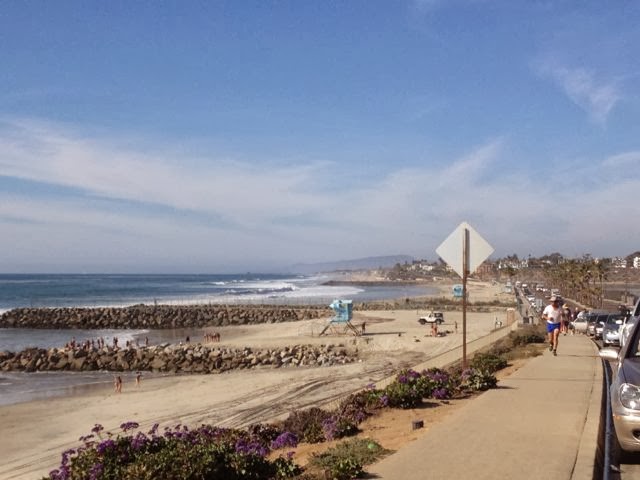 After driving through towns with wall-to-wall homes blocking my view of the Pacific, I arrived in Carlsbad, where I could not only see the ocean, but park, too, and watch people surfing, tanning, and exercising in the warm January sun. 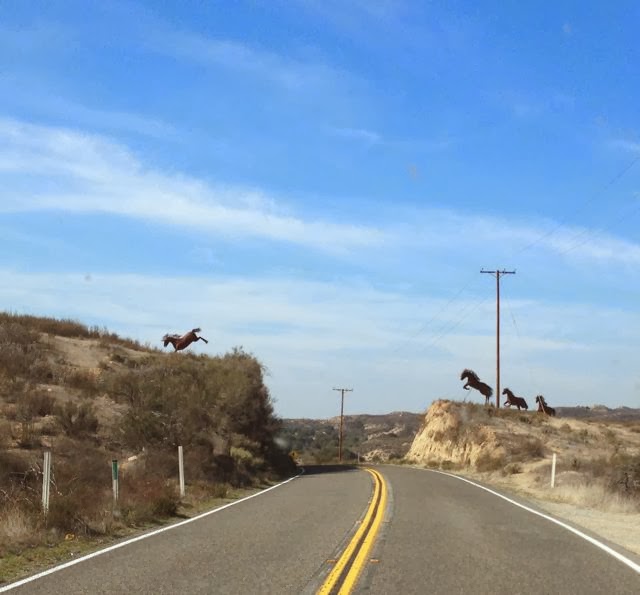 On the way from Indio to the coast, I saw this amazing sculpture on Highway 79. It was made by Ricardo Breceda, who was identified in a TV piece as the Accidental Artist!  You can see more of his amazing work by clicking here. 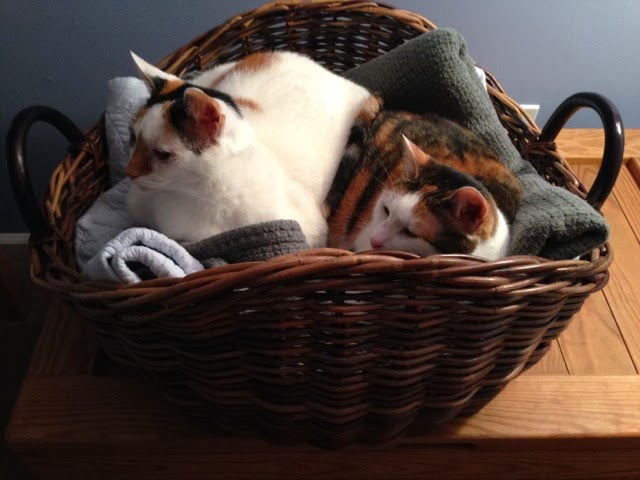 Here are Abby, left, who is almost 13, and Callie, who is 6. They live with
Cindy and Eric Bennet, friends and collectors from Rhode Island.
Callie took the basket away from Abby, who, Cindy says, usually lets her do things like that.