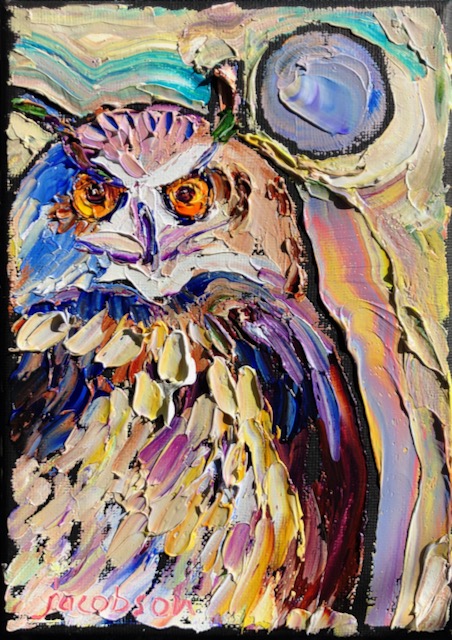 Moonday Owl / oil on black canvas / 5x7 / $68 including shipping
Please email me at carrieBjacobson@gmail.com if you would like to own this little painting!
MY FRIEND CAROL AND I have arrived in Arizona, and I have to say, it feels great, so great, to be off the Eastern Shore and out in the world.
We had a great trip, did some cool stuff, met some fun people, including the couple below - the Langs - who fixed up this school bus and then both quit their regular nursing jobs to hit the road, and work in temporary nursing positions for as long as the adventure continues. 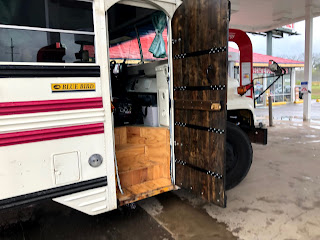 Here's their bus, outside and in. That's a little woodstove in the back, keeping things nice and warm! 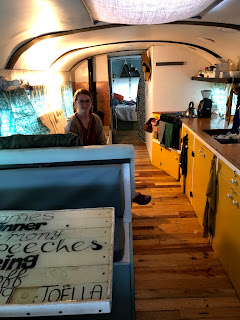 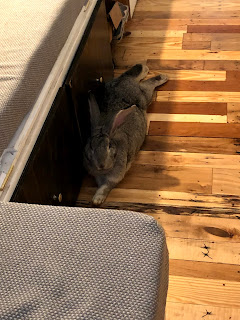 They brought Lars, their Flemish Giant! 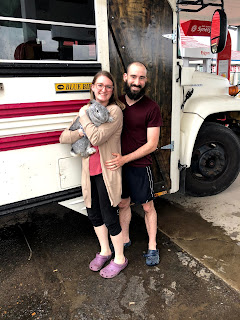 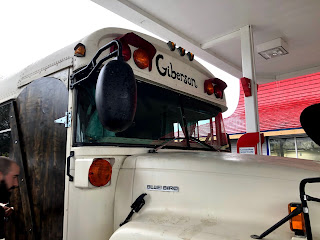 ***
WE HAD GREAT BARBECUE at Tyler's in Amarillo, Texas 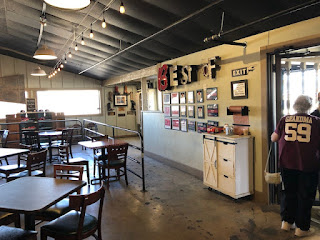 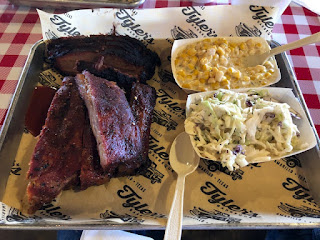 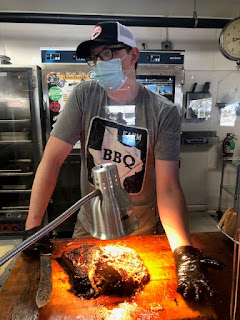 ***
HAD FUN SEEING CADILLAC Ranch, outside of Amarillo (and painting a car, too). Click here to read more about this fun public art extravaganza 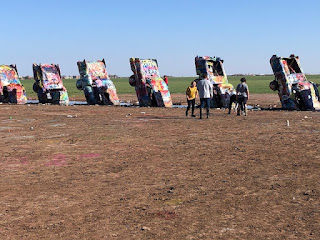 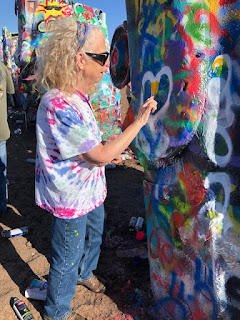 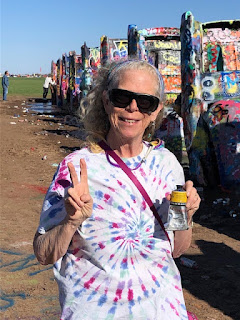 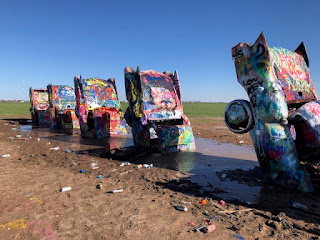 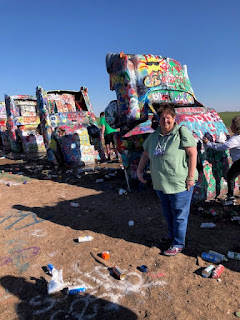 ***
WE VISITED Blue Hole in Santa Rosa, NM, where would-be scuba divers were being trained... 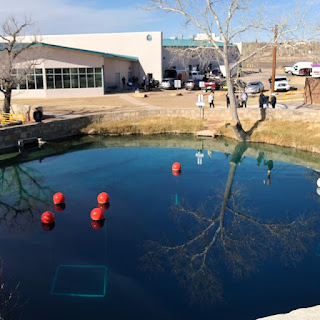 ***
AND DROVE THROUGH Tucumcari, NM, with its great billboards and funky decorations 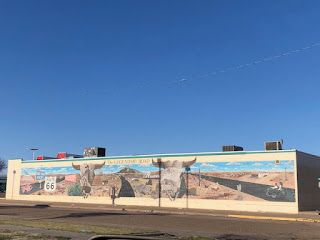 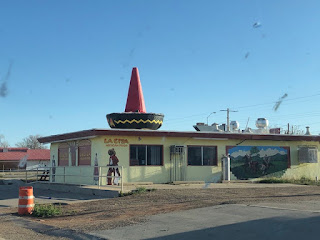 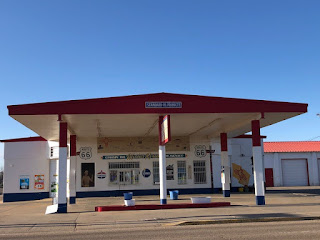