Molly - and a New Project! 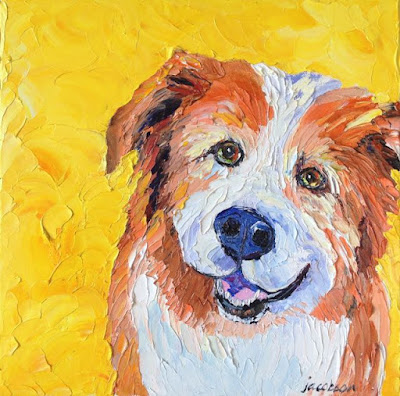 As many of you know, I'm a big fan of dogs. That's probably putting it mildly. We have five dogs, and at one time, had seven. I'd live in the middle of 200 acres and have 40 dogs if it were possible. Our dogs enrich our lives, Peter's and mine. They make us laugh, they comfort us, they wait for us with loyalty and hope. They are great company, excellent nurses, and good friends no matter what.

I love painting dogs, too. I've often said that if I could make a living just painting dogs, and doing the occasional show, I would.
So I'm going to give it a try. In 2016, in place of a sponsored art trip, I'm embarking on a project to paint 101 dogs. I'm still working out the details, but the thumbnail sketch is that it's going to involve 101 portraits, a book and/or a poster of all the paintings (what's your preference?), a variety of items created from the paintings - and a serious donation to the Eastern Shore ASPCA, nearby in Onley, VA.

As the project rolls out, I'm going to ask for your help in spreading the word. The first step is to get 101 people who want portraits of their dogs. (No cats or birds or hamsters in this one...) So please start thinking of folks who would be interested.

And stay tuned for details. I'll bring them to you as soon as I set them. 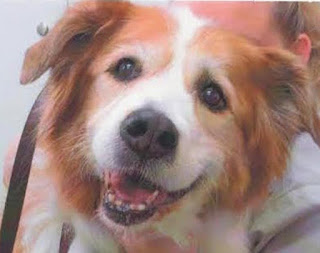 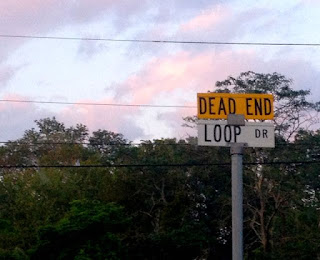 The sign above is in Wickford, RI. So, really. How can a dead end also be a loop?

The sign below is outside Doughty's Market, on Route 13, just up the road. The first one (Tina Custis, pay your bill) appeared a few weeks ago, and it must be working, because there have been at least a half-dozen names up there. I bet they get in there as fast as their legs can carry them, just to get their name off the sign! 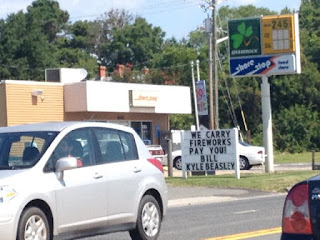 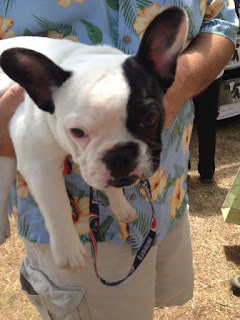 I met this French bulldog pup at the show in Richmond, I believe.
By the time he got to my booth, he was one tired little puppy.

"The world of reality has its limits; the world of imagination is boundless."

I love you work!! And would love for you help you out in your 101 dog project by asking you to paint my Italian Greyhound - Siena! Please let me know how to get a photo of her to you. Pam Perry

I'm so happy that you like my paintings - and I'd be honored to have your Italian greyhound as part of the 101 Dogs project!

I have yet to work out the details, but it will be somewhere between $350 and $400. We can do credit card, paypal, check, installment or some combination of all of the above.

The 101 Dogs project isn't going to start until 2016, but if you're interested in being a part of it, I can do the paintings first, (September, probably) and ask you to wait for payment until I get the project off the ground. I'm going to do it via Kickstarter, so I am going to need 101 people to commit to paintings. If I have you, and then I have one more, I already have three, and you would make four, so... 97 to go!

Let me know how all of this sounds, and if you have any questions.