The End of My Pirate Days The End of My Pirate Days
Oil on black canvas, 36x48
Please click here to email me for price and availability
Click here for the lyrics to the Mary Chapin Carpenter song I used as the title for this painting

Under a brutal, blazing Omaha sun, 97 degrees and feeling like 107, I learned that my dear old Smokey would be gone by the time I arrived home. Smokey was at least 14, and a recent vet visit had shown a mass in his rectum. He stopped eating while I was away, and Peter said Smokey went downhill quickly. 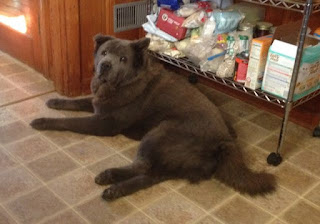 He was a wonderful, noble, silly dog. He looked like a bear, and had a ferocious bark, but was as sweet as a dog can be. Peter found him in a shelter while we were living in New York state, and while Smokey hadn't responded to any men while he'd been at the shelter, he took to Peter right away. I drove up to get him, and when I got him home, I opened the door of our station wagon and Smokey slipped his collar and took off, bounding through the melting March snow.
I chased him - the wrong thing to do, I now realize - and Smokey fell in the rushing, icy Neversink River, racing shoulder-high behind our house. I went in, trying to get him, but the river was too strong, too cold, and I hauled myself out, wailing, sure that our new dog was drowned, and it was my fault. I was weeping when Peter caught up with me, and pointed to a tiny island across the river.

Wet and bedraggled and certainly freezing cold, Smokey had made it to the island and was standing there, looking terrified forlorn and anything but fierce.

I jumped in the car and took off. A Folun Gong group owned thousands of acres across the river from us. At their large, gold gates, I spoke into a speaker and somehow made myself understood. They let me in, and guided me to the island where Smokey was waiting, and I got him into the car and bundled him up and brought him home.

Smokey had no idea how to play. He'd spent his life chained outside a house, with his brother, with whom he fought constantly. He knew nothing. But Jojo took one look at him, decided he was her best friend, and set about teaching him how to play. With his chow-stiff back legs and slight lack of coordination, Smokey was never the play-maven that Jojo was, but he learned, and they had fun and stayed the best of friends.

Smokey used to sleep on our bed when it was lower, and he was more agile. When we moved to Wachapreague, he stationed himself in the doorway to our bedroom every night. I always thought he was protecting us, his humans, but when Jojo died, Smokey stopped sleeping there. All this time, he'd been protecting her.

For weeks after she died, he'd stare at me whenever I came home, and he'd have a quizzical, hopeful expression on his face. Had I found Jojo? Had I brought her back to him? For the rest of his life, I believe, he looked for her.

And now, he's found her. I think of them together, at the Rainbow Bridge, romping and frolicking, side by side, happy together, waiting for Peter and me. 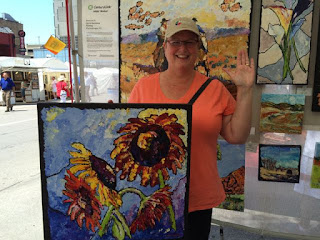 In spite of the brutal heat, I had a pretty good show in Omaha, in terms of sales. In terms of seeing friends and meeting people, it was a great show. Here are some happy buyers with their paintings. 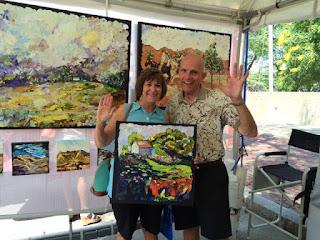 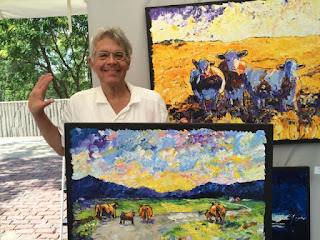 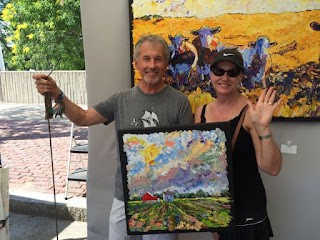 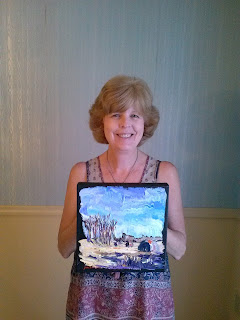 And here are some pix of friends I got to see, and spend some time with, at the show 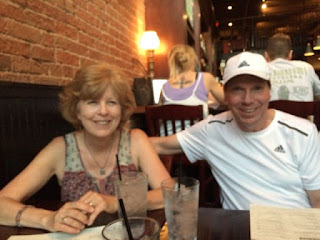 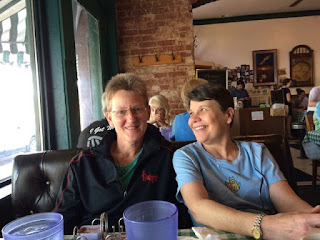 Below, Taylor and her fiance visited; she fell in love with my paintings last year, and has been a big fan and supporter ever since. 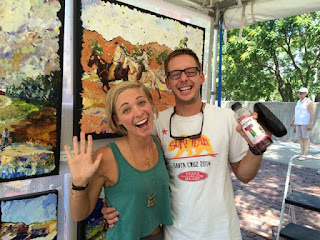 Friends of my friend Manja Yirka visited, too, below! 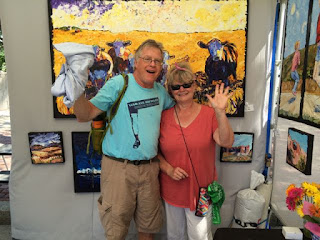 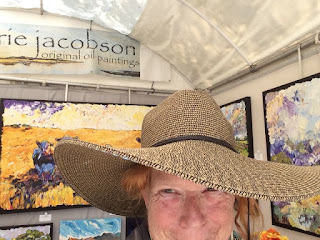 My big hat was a big help... And below, a beautiful dragonfly spent hours and hours on a Pony Express painting, then more hours just hanging out on the wall of my tent. 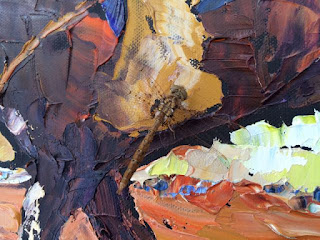 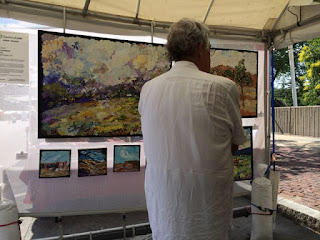 Above, he bought a painting, but only after spending a lot of time looking and considering. This buyer's care for an interest in my paintings really moved me. At one point, he turned around and said to me, "There's no one like you. No one paints like you." That meant a lot. 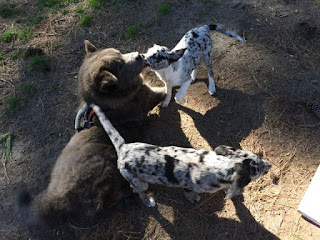 It's Smokey, of course. Above, the puppies adored him from the moment they met him. In the bottom photo, Koko also loved Smokey. That big, slow-moving dog, that thick, soft coat, his chow patience and shar-pei looseness, all conspired to make him loving and truly lovable. 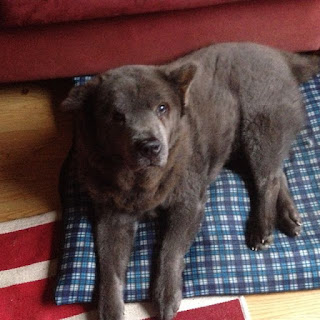 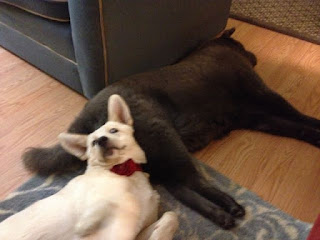 "Any fool can be happy. It takes a (person) with real heart
to make beauty out of the stuff that makes us weep."
- Clive Barker

I am so glad you got to meet the Raffertys.
I've know Karen and Bill since 1981. Good peeps, really fine, wonderful, loyal and full of laughter people....family. ya know?

Manjacita, they were so sweet. It was a delight to meet them. Thanks for sending them!