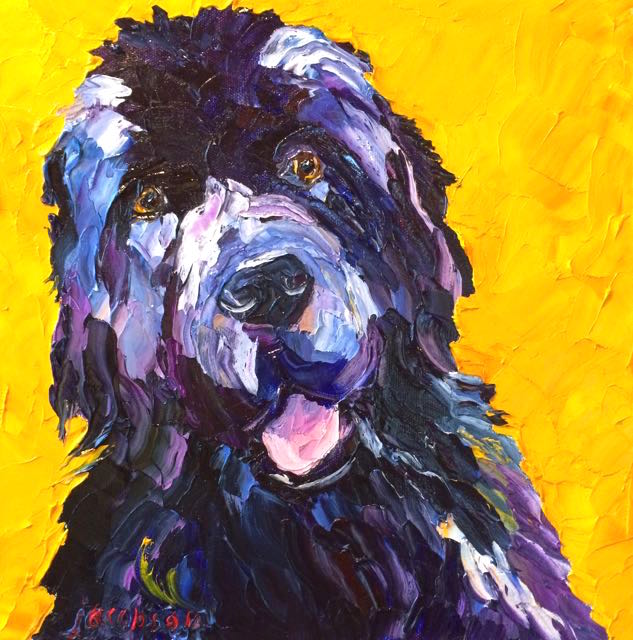 Above, Chloe
Below, Kaylee
101 Dogs Project!

The State College Art Fair is a huge event, so big it's hard to walk in one day. And it is very, very difficult to get parking anywhere near your booth.

I was on a pretty, residential street, and it was a nice spot, though there were no shops or anything nearby, and so, no coffee - or so I thought.

The first morning of the show, as I was just aching for a cup of Joe, along came two adorable little girls with a red wagon holding a giant coffee urn and all the fixings. Sales of coffee went to support a local charity, they told me. I bought a cup from them as they made their way down the street, and another cup as they made their way back up. They told me refills were free, but I insisted on paying.

They told me they lived right up the street, and since there were no port-a-potties in my general vicinity, I asked if it would be possible for me to use the bathroom in their home. Sure, they said. Their parents opened up the house to artists all weekend. I gave them $10, which they insisted I didn't need to give them, but it was for a good cause and I was grateful.

Later that day, a very pretty woman came along and asked if was Carrie. When I said yes, she said that every year, she invites a couple artists to use parking spaces in a building she and her husband own next door to their home. I was one of the ones she was inviting. Yay!

I used their bathroom during the weekend, and got to know the family a little. I also got to know their dogs, two Newfoundlands who were sweet and funny and utterly enormous. It was with great pleasure that I painted them for the 101 Dogs project!

It's too late for any 101 Dogs paintings for this holiday season, but if you want to give a gift certificate for one, drop me an email and we will work it out. (carrieBjacobson@gmail.com) 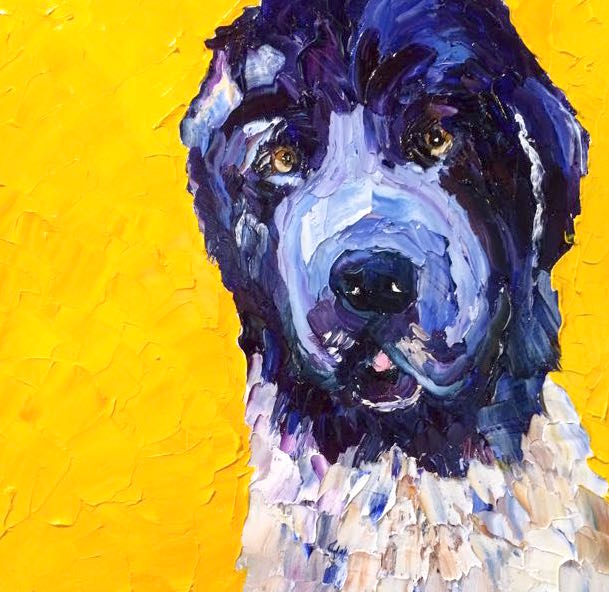 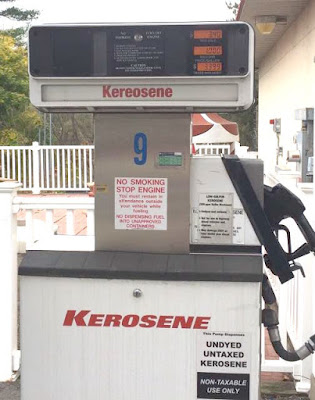 It's "Kerosene" in the lower sign, but "Kereosene" in the upper one. Huh?
The store owner said he'd never noticed the different spelling. 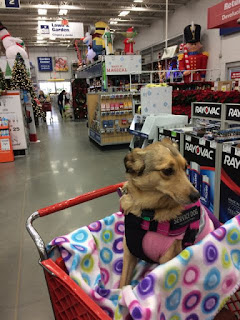 Shy service dog in the Lowe's in Pocomoke

"The chief enemy of creativity is good sense."
- Pablo Picasso