Arivaca, Arizona - and Painting with my dad

Dad is 84, and he's been painting for maybe 10 years, maybe more. For most of that time, he's done watercolors, but recently has moved into acrylics.

Until Tuesday, he'd never painted in plein air! So I was thrilled - thrilled! - when he agreed to go out painting with me.

We had a great time bouncing along a terrible road to a teeny town called Arivaca. Dad says it was settled in the 1960s and 1970s by people whose main pursuits were hiding from the law and selling drugs, maybe not in that order.

These days, it's an eclectic, dusty little town, broken down in places, and kept up in places.

While we didn't see any drug activity, it did seem that everyone in town smoked cigarettes. Haven't seen that in a while.

A furniture designer and artist named Peter Saloom (check out his furniture by cicking here) rode by on a bike and stopped to see what we were doing. An awful lot of folks drove by and then sort of turned around and drove by again... I am sure they were wondering just what the HECK we were painting...

At any rate, I had a great idea: Dad and I should do a show together! What do you think? 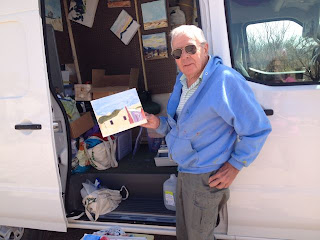 Here's Dad and his painting, which is at a midway point 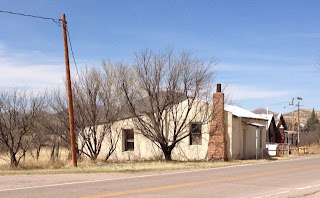 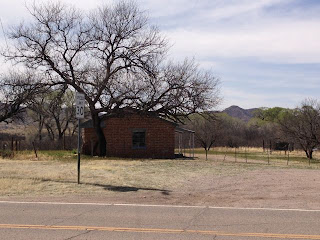 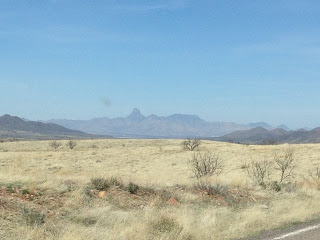 Here is some of the scenery on the way to Arivaca 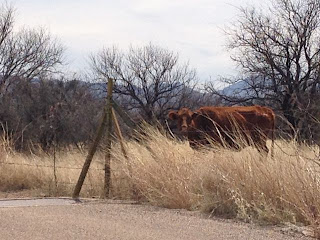 An Arivaca vaca (isn't that Spanish for cow?) 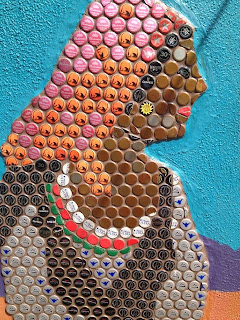 At the restaurant where we had lunch, the walls of the patio held several large mosaics
made of bottle caps! 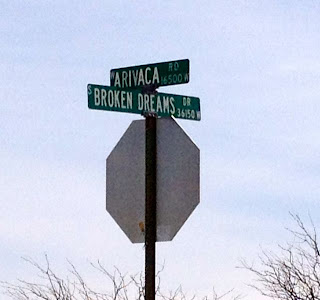 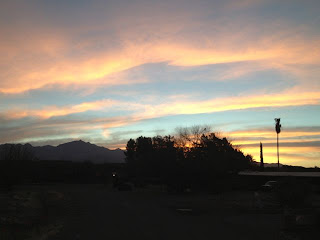 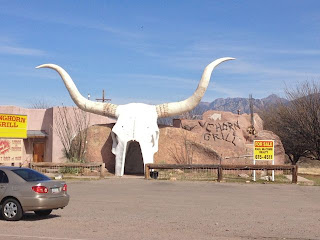 Anyone want to buy a restaurant? 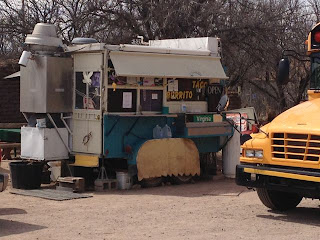 Why this burrito wagon has a sign saying "Virginia," I do not know. 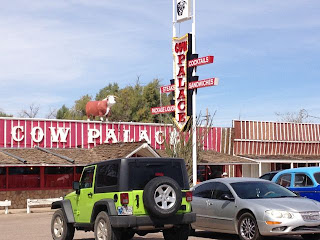 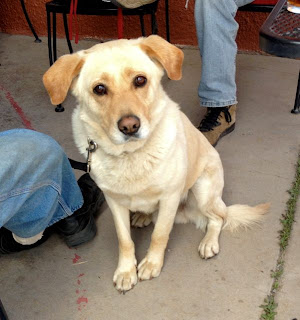 Casper, the Dog of the Day

You made it girl!! And what a blessed trip it was that you had nothing more than a bit of 'wind'. :)

Thanks for the update, photos and paintings.

The pic of you dad looks a lot like the cartoon Maxine.
No disrespect intended.

You look nothing like your dad. But then I have not seen you two face-to-face and in person.

I think a two person show is a most excellent idea. Go for it. You may not have another opportunity.