A Good Harvest - and a Good Couple of Shows 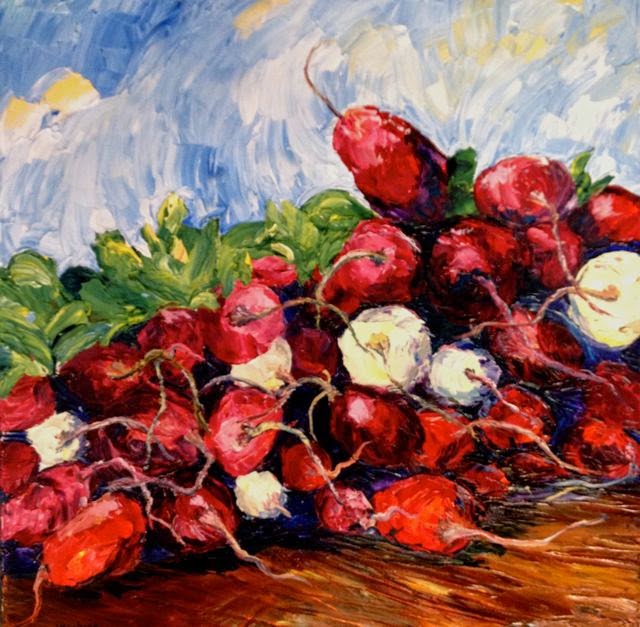 A Good Harvest
Oil on canvas, 20x20
Contact Lori at Center Framing and Art for price and pickup/delivery options

I never, ever paint still lifes... Until now!

A friend posted this photo on Facebook, and for reasons I still can't quite explain, I fell in love with it. I started to paint a couple days before I was to leave for the Broad Ripple Art Festival in Indianapolis, and between packing for that show, and Paradise City, and the Denison Pequotsepos Nature Center show, and to bring pieces to Center Framing and Art in West Hartford Center, I was hard-pressed to finish it. I was so excited about it that I kept slipping out to the studio whenever I had a spare moment.

I finished it, finally, just last week, during an unplanned one-day stopover at home, in beautiful Wachapreague, between Broad Ripple and Paradise .

The painting got lots of comments during the Paradise City show in Northampton, MA, this weekend, though it didn't quite sell. But no matter. It looks great in the window at Center Framing and Art! Check it out at 56 LaSalle Road in West Hartford Center, CT. 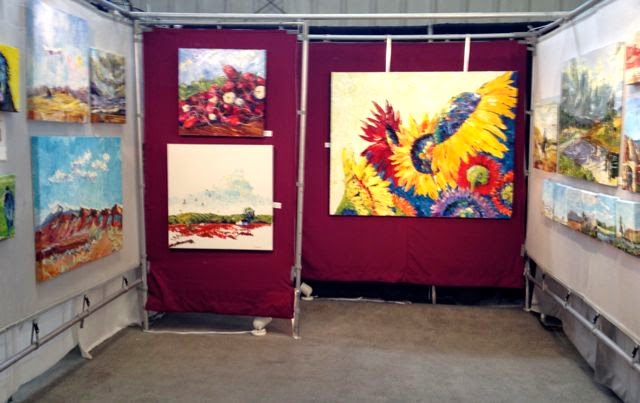 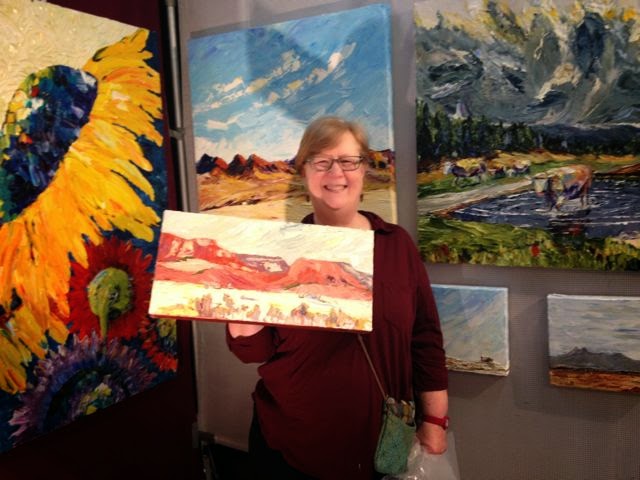 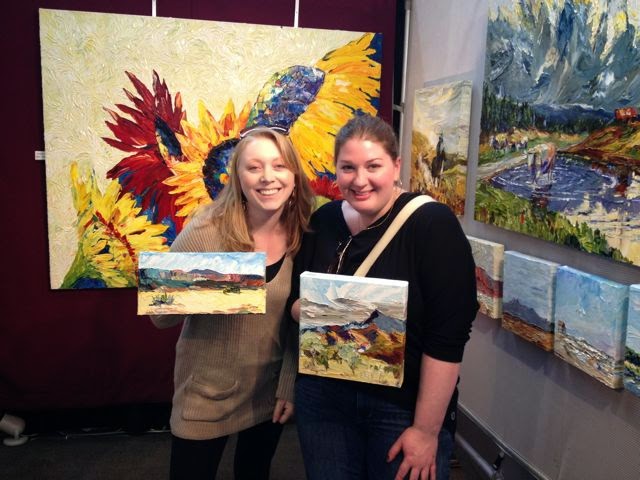 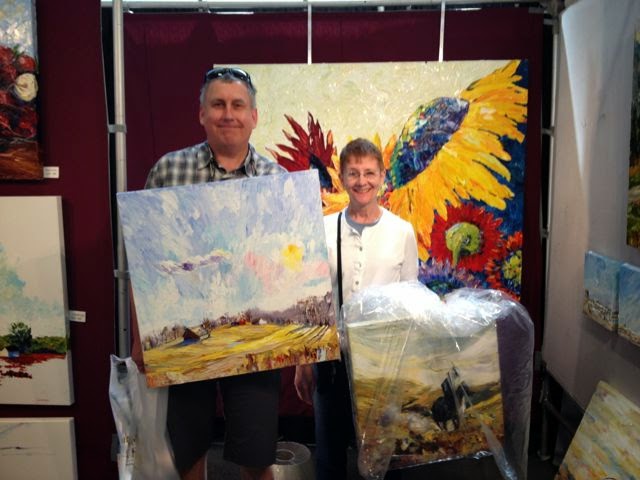 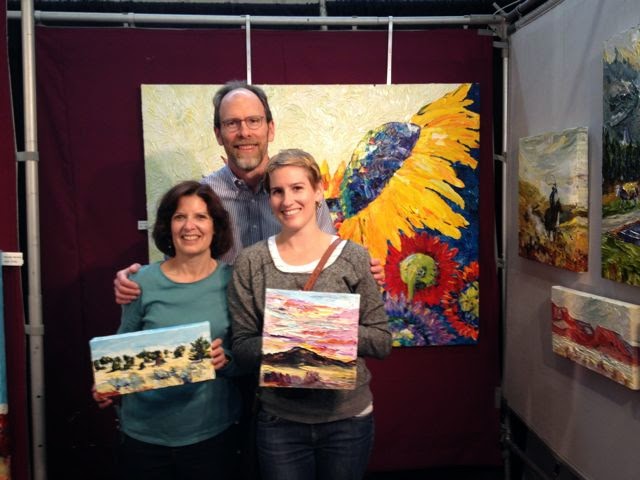 THE FABULOUS CITISCAPE painter Teresa Haag O'Neill (check out her website by clicking here,  and her Facebook page, by clicking here) turned me on to the idea of taking photos of buyers with their paintings. I love seeing their happy faces! They made a good show for me, and I am glad to have met them, and grateful for their purchases!

I had a good show in Indianapolis, too! Here are buyers from that show, and a cool photo of the show grounds, early one morning. 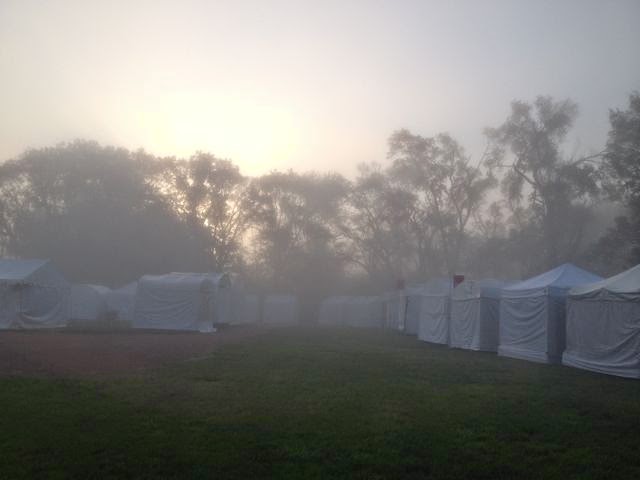 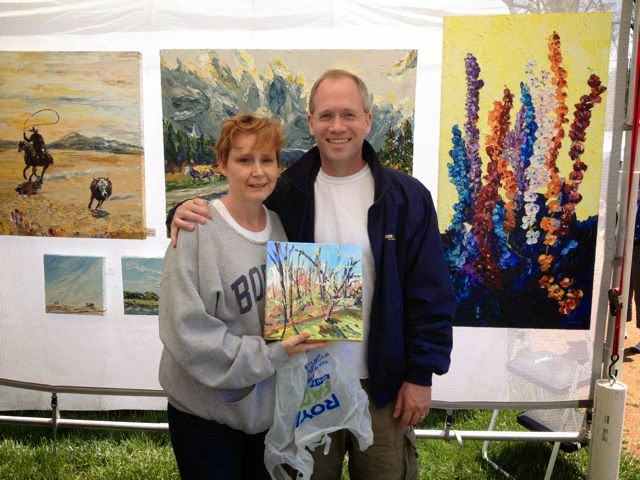 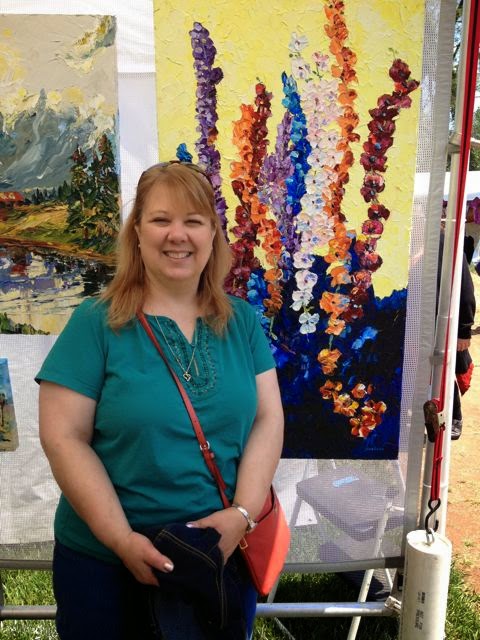 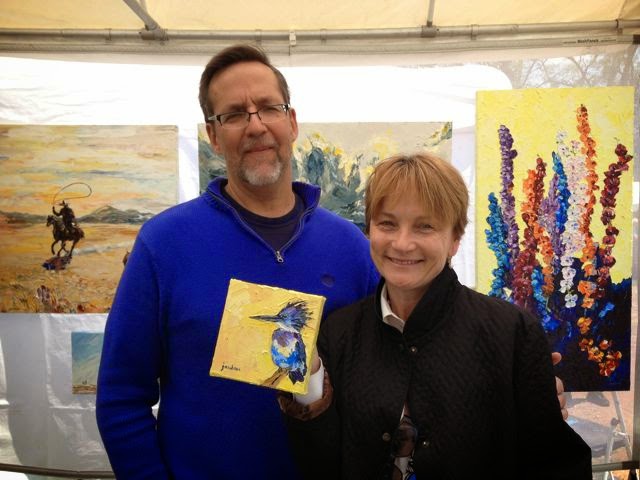 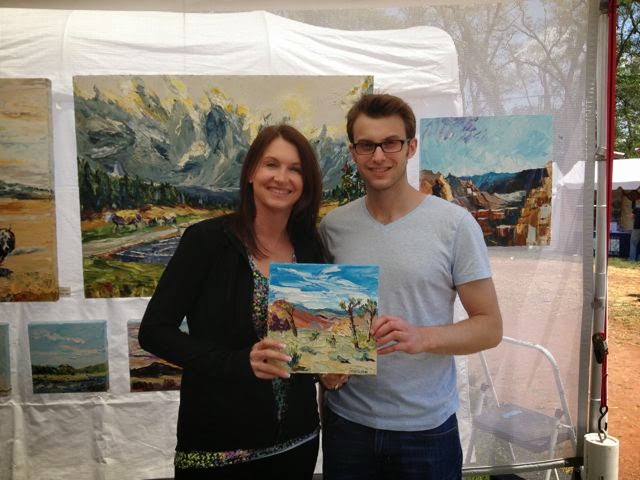 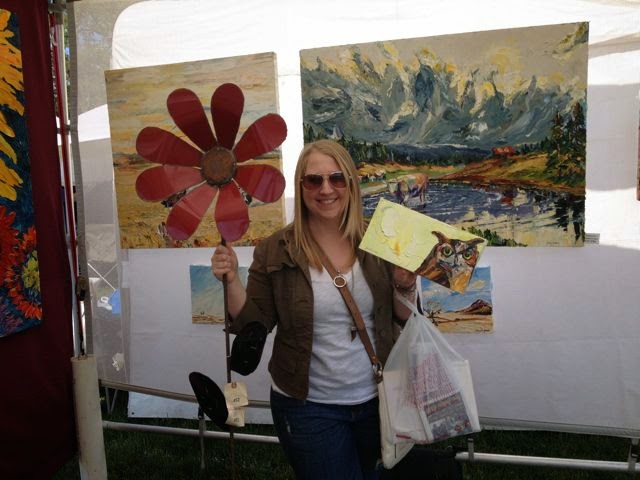 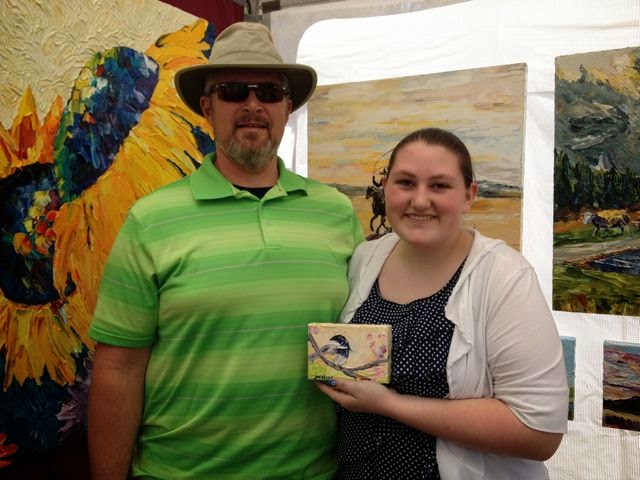 Here's our daughter, Erika, grandson Ashton and new grandcat Potsie, the Dog of the Day.
Nice calendar in the background, too!