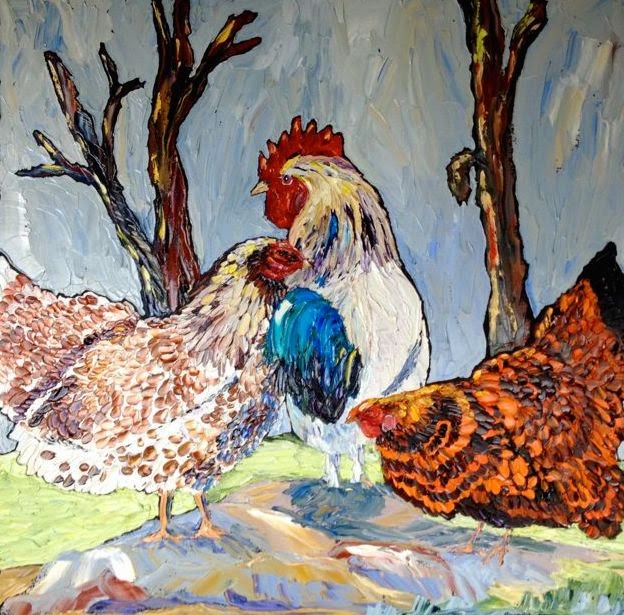 Three Chickens
Oil on canvas, 36x36
Please email me for price and availability

Had to look it up, but I've found out that roosters are chickens, but chickens are not necessarily roosters. And, according to Wikipedia, a male chicken who is less than a year old is called a cockerel.

At a show a couple weeks ago, I learned that a bull is an intact male cow, used for breeding purposes. A steer is a bull who has been cut (I have young readers, so I am being a little vague here) before reaching maturity. A heifer is a female cow who has never given birth. Who knew?

This last discussion came up around a painting I will post soon, a 15x60-inch painting of a longhorn, that I made specially for my upcoming Texas shows. The artist in the booth next to me had spent his summers working as a ranch hand, and he knew his bovine terminology!

I had a blast making this painting of the three chickens. The two on the sides are wyandotte chickens, and have amazing rounded feathers, with different colors on the edges than in the middle.  Here's a photo of a gold-laced wyandotte: 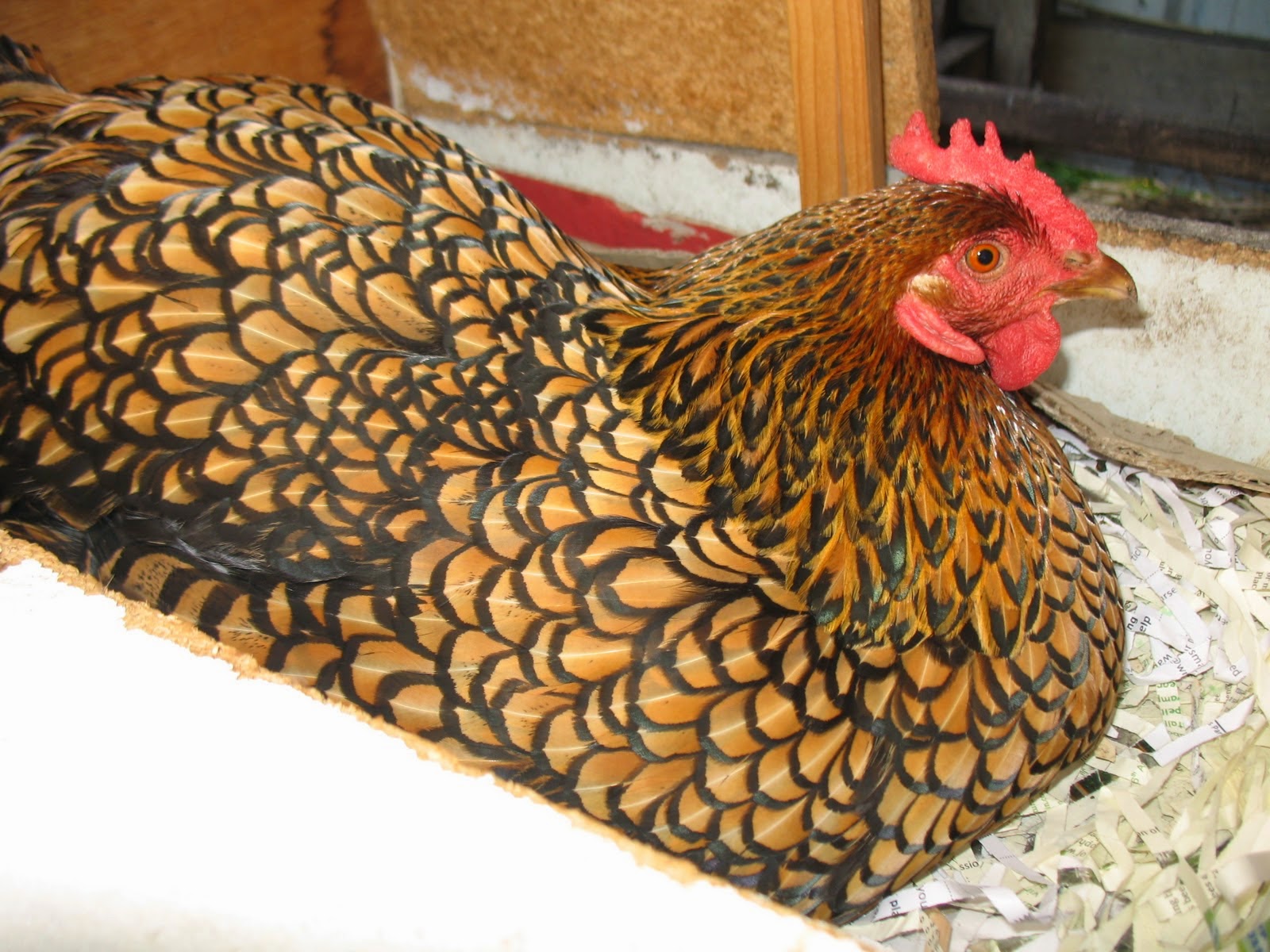 And you can click here to see a Pinterest page showing a whole bunch of cool chicken breeds.

***
I'D LOVE YOUR opinions about my website, jacobson-arts.com. The homepage background is black. The next page (new!) has a yellow background. The rest have an orangish background. Do you have a preference? Please let me know.

And any of you who are friends with me on Facebook, I'm going to close my personal FB page by the end of the year, and do all my posting on my artist FB page. If you haven't already, would you all please click here to go to my Carrie Jacobson, Artist Facebook page, and "Follow" me? Thanks!

***
MY HUSBAND PETER has adopted a new way of dressing since moving to Virginia. I happen to love it - and I also think it's a scream. I sent a photo of Peter in all his sartorial splendor to my friend Kevin, and while he liked the outfit, he said it reminded him of something his mother used to tell him: There's plain, and there's fancy; you want wear one of each, or two plains, but never two fancies!

I cheer my husband on for wearing two, three or even four fancies! 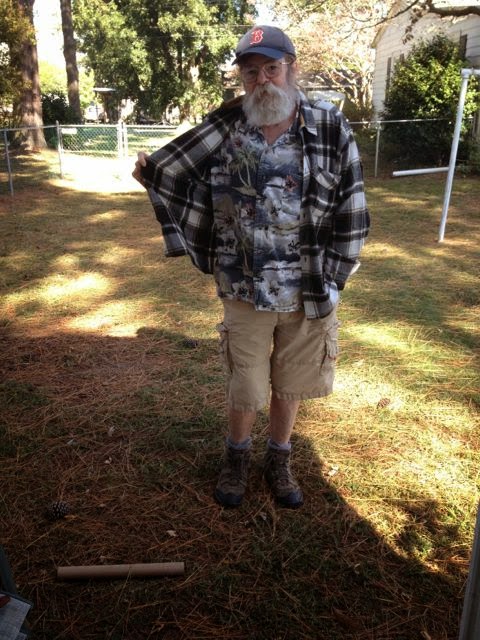 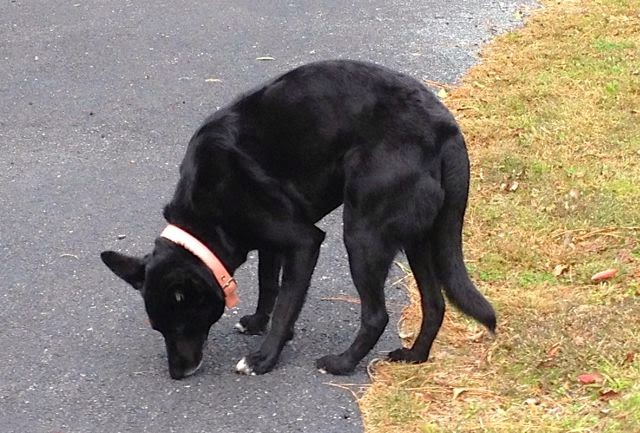 Think it's Jojo? (Click here and scroll down to see Jojo) It's NOT!
It's Maggie, who lives down the street, and who we like to call "the fake Jojo."