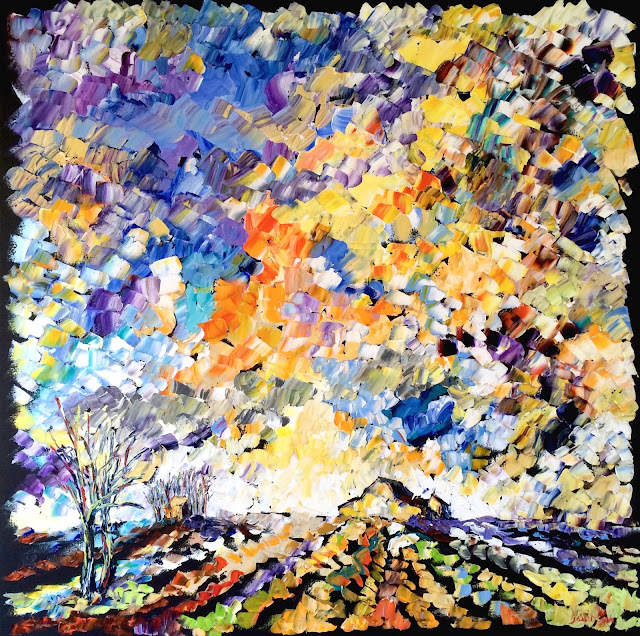 Higher Ground
Oil on canvas, 36x36
Please click here to email me for price and availability

I realized with a jolt that I have shows the next four weekends. Yikes! What was I thinking?

In part, I think that since two are in April and two are in May, it just didn't hit me that they were consecutive. Also, I think I accepted all four shows during a stretch in which it seemed every show to which I applied had rejected me.

So I've been painting under pressure, and I have responded well to it, as usual. Painting while terrified seems to pull good stuff from me. I think it's because it forces me to focus, to push, and to paint without thought or regret.

***
THE AFOREMENTIONED SHOWS are:
Hope to see you at one! 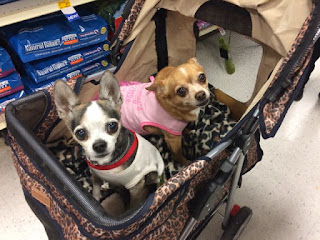 I met these two in Petsmart in Virginia Beach last week. They live in Phoenix, and their human had just been laid off from a job she had had for decades. She always visited the California coast, she said, and decided to visit the Atlantic while she figured out what to do with her life. She was cheerful and philosophical, and I'm pretty sure she will end up doing something great.

"I am seeking. I am striving. I am in it with all my heart."
- Vincent Van Gogh

Carrie, I just joined your blog! Your art is gorgeous and wonderful and exciting and fun. I cannot wait to travel the road with you.

That's great, Carol! I'm honored to have you along for the journey, and thrilled that you like my paintings. Thank you! Anyone reading this should check out Carol's paintings here - http://carolschiffstudio.blogspot.com/