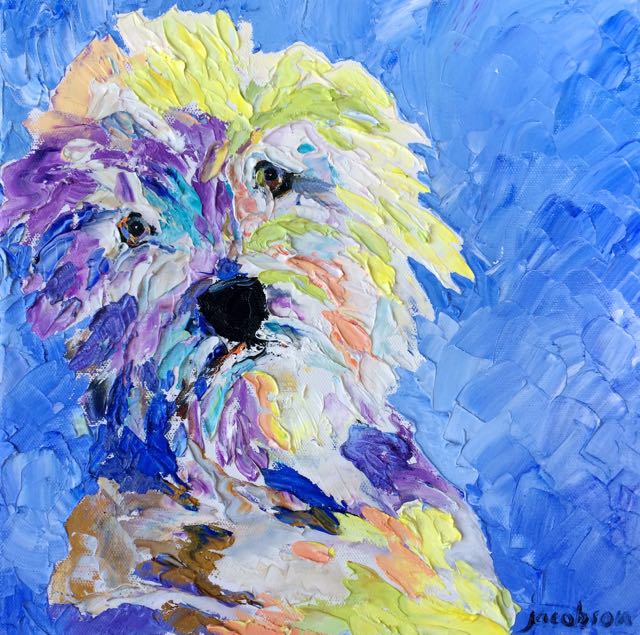 The 101 Dogs Project is chugging along, and I am loving it and the paintings coming from it. Soon, I'll have them up on a page on my website, Jacobson Arts (jacobson-arts.com). For now, there are photos to be taken, and surprises in the works, so no page yet. But it's coming!

Meantime, if you want to read about the project, and maybe even become a sponsor, you can find out more here. I'm donating money from each painting to one of four dog-related groups that I've chosen, and you can read about them here. In addition to the painting, you can receive stuff - or choose not to have the stuff, and have me donate more money instead.

Woody is one of our dogs. He's a bichon who'd been bought from and returned to a pet store at least twice. He was scared of everything when we got him; it took a year before we could pet him - and he's still not crazy about it. He has his personality quirks, for sure, but he is a good dog, and an ever-constant companion.

And so, he's also the Dog of the Day! 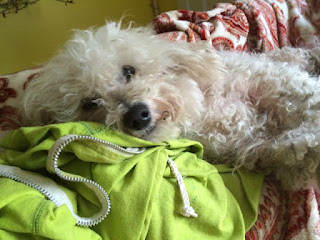 "You must have chaos within you to give birth to a dancing star."