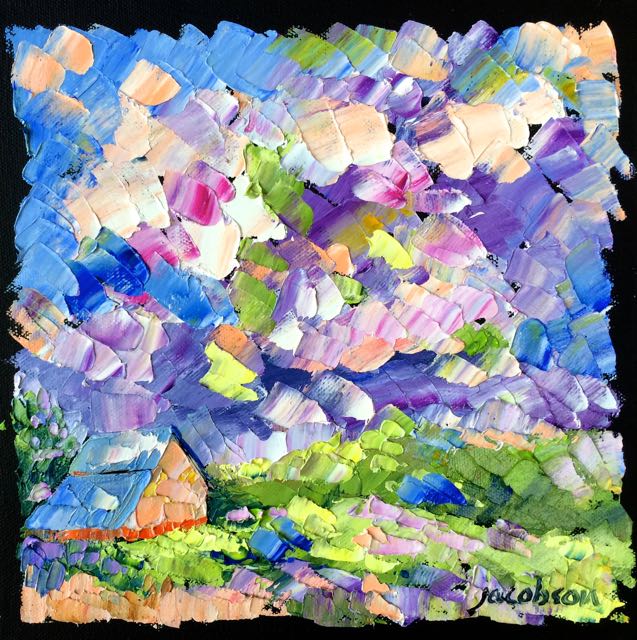 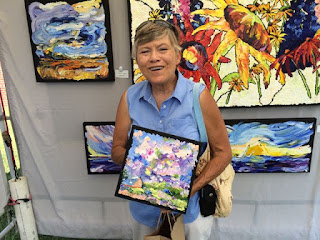 But I will square my shoulders and raise my chin and head into this show with faith and hope intact. 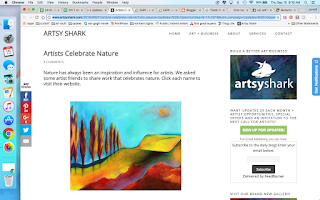 RECENTLY, A PAINTING of mine was included in a nice online group exhibit, all about nature. It's on a cool and very helpful business -of-art website, Artsy Shark. You can check out the exhibit by clicking here. 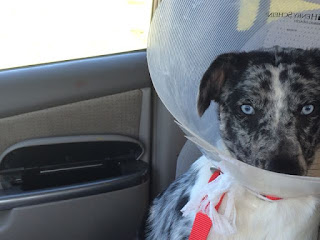 Doc and Lulu were neutered on Tuesday.  Much to my surprise, Doc - solemn, serious, sensitive - took his operation in stride. If he weren't wearing a collar, you'd never know anything had happened to him. But Lulu, who is full of light and love and sunshine, is miserably unhappy. She hates the cone, can't figure out how to do anything while wearing it, she's itchy and unhappy and flinging her body around in her little crate. I feel terrible for her.

"If we, citizens, do not support our artists, then we sacrifice our imagination on the altar of crude reality and we end up believing in nothing and having worthless dreams."