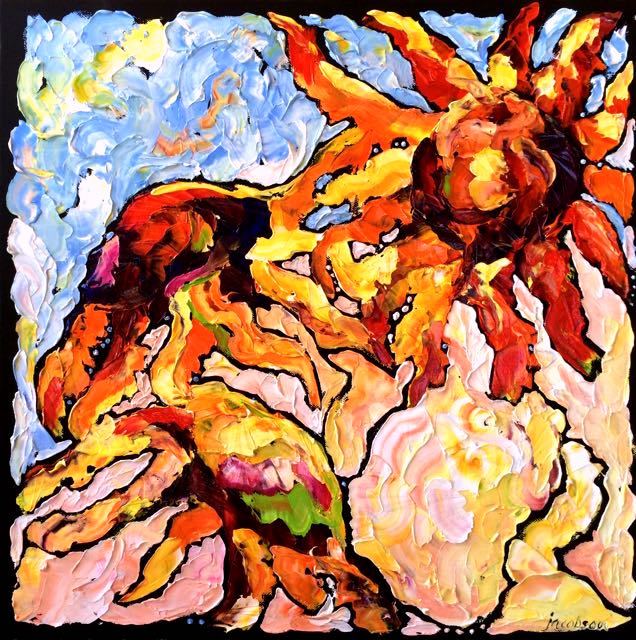 Swirling Sunflowers
Oil on canvas, 20x20
Please click here to email me for price and availability 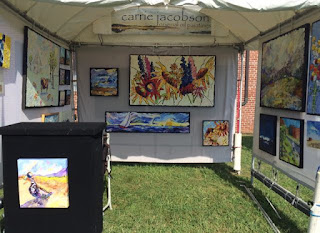 The Workhouse Arts show in Lorton, VA, starts in just a few hours. I'm a little late posting this, mainly because I was just too exhausted after setting up in 93 degree heat. Yow. I thought summer had ended! There are no trees in the yard at the former prison, but in spite of that, it is a lovely spot, and the show looks fantastic. It's the second year of the show, and the temperature is supposed to be deep in the 90s, at least today, and so - who knows? But then again, who ever knows?  In the former prison, which has been totally and beautifully renovated, there are artist studios, and I'm hoping to check them out during the weekend. Next weekend, I'll be in Durham, NC, at the Centerfest show. Then I head west for the Big Skies Painting trip! Sponsorships are still available....
***
Dogs of the Day 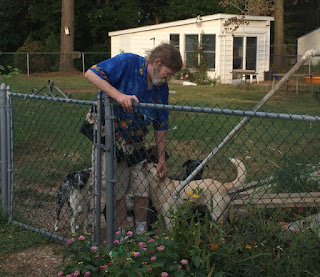 Yup, it's our dogs, or most of them, gathered at the gate to say goodbye!
And that's Peter, also saying so long.

"We have art in order not to die of truth."