Before I mention one word about these paintings, I want to rejoice for a moment about the millions of women and men in the U.S. and around the world who marched on Saturday to show their hearts, their courage, their respect, their hope.

No matter what their politics, I know that the men and women who gathered in cities around in our country on Saturday believe in these basic tenets, and that the people who gathered around the world to march look to America to lead, always, in fairness and equality and democracy.

NOW, ABOUT THESE paintings.

I wanted to paint some faces, but not necessarily faces of people I know. I wanted to try to abstract them, to not worry too much about replication or photographic exactitude. I find it hard to avoid these feelings when I'm painting people I know.

So I decided to paint some long-dead artists, and I started with two of my favorites. To the left is Chaim Soutine, and to the right, Vincent Van Gogh.

I SAW THIS donut-covered building in Chattanooga last year, and it delighted me. Isn't it fun? Chattanooga is a terrific city, and I'm sad that I didn't get into the 4 Bridges show there this year. I've done well the two times I've gotten in, and I enjoyed the show both times. Next year, I believe I will be in Alaska during the show, but you never know. 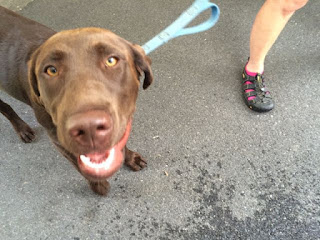 Gotta love a face like this one! I saw him at the State College art festival last summer.

"When you are lazy, your art is lazy; when you hold back, it holds back; when you hesitate, it stands there staring, hands in its pockets. But when you commit, it comes on like blazes."