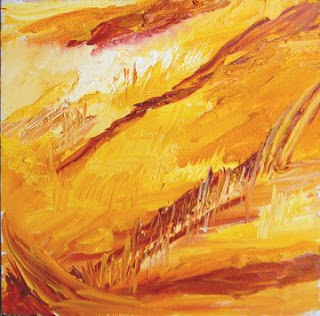 Here is a truly horrible admission: We've lived in this house for a year and a half and have never cleaned the oven.

We have changed the piece of tin foil that lines the oven's bottom. And truly, not that much has boiled over. But the Suzy Homemaker part of my brain has chided me every time I've opened that oven door, for about the past 14 months.

So the other night, when Peter announced he was going fishing (this was in the middle of what appeared to be a near-hurricane), I decided I would clean the oven. Well, I decided I would instruct the oven to clean itself. Yes, that's what makes the admission truly horrible. It's a self-cleaning oven, and still, neither of us has cleaned it.

I shut the oven door, turned the knob to "clean," turned the heat to 500 degrees - and nothing happened.

I've never had a self-cleaning oven, and there were no instructions - so I fiddled with buttons and knobs, and finally realized you had to lock the oven before it would clean itself.

A few minutes later, I began to think this was just a bad idea - it was too hot to be heating the house up like this. So I shut everything off. But I couldn't get the oven unlocked.

I tried everything. Pushing, pulling, pressing, begging. Turning this knob and that. Yanking. Swearing. Being gentle. Getting angry. Changing the time on the clock. Changing the temperature.

I looked on the internet and found nothing, no direction, no ideas, except one mention of unplugging the oven. Ours is a wall unit, so that idea didn't help me one whit.

Peter came home and I had to admit what I'd done. He was pretty good about it. Visions of takeout food danced in his head, I think. Visions of $500 oven-repair house calls danced in mine.

The next day, I got up early, thinking that maybe the oven just needed to cool off. Nope. Still locked.

I turned all the knobs and dials again, and finally, figuring that it was the only thing I hadn't tried, because it seemed so anti-intuitive, I turned the control knob to "clean."

I rarely read directions. I don't like them. I like figuring out how to do things. Next time, though, I think I'll try the directions - or at least make sure to have them close at hand.

hehehehe I thought compartment on my stove was for storage. Thanks for the insight. Still lovin' your abstracts, they humble me. -Michelle