Mia - and, Sigh, a Downer in Delaware 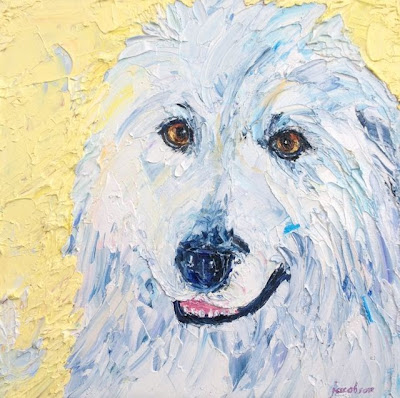 Four paintings sold, all my smallest pieces, $100 or less. People said they loved the bigger pieces, but didn't buy them. Maybe they were simply priced too high for the venue. Or maybe it was location - I was the third booth in from the main entrance, and I think that didn't help. No one wants to make their major purchase when they've just entered the event.

Or maybe it just wasn't my day, and my buyers simply were not at the show. I did have a lot of interest from some really great people who loved my stuff and might want commissions, and so, perhaps, that's where the sales from this show will be.

Still, there's little in life - outside of the major events - that feels worse than ending a show in the hole.

But ending in a hole means that the next step is likely to be up. So I am keeping that in mind. It's a new day, a new week, and I have another chance next weekend.

Here are some photos from the show: 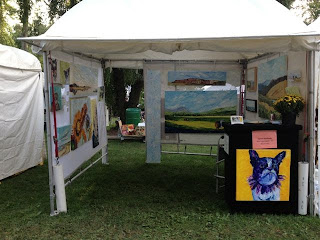 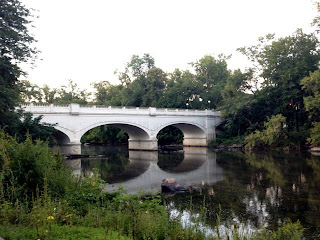 The show was in a beautiful park in Wilmington, DE, along the Brandywine River. 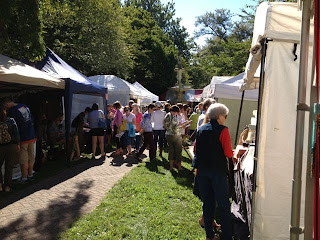 There were TONS of people at the show, so that wasn't the problem. 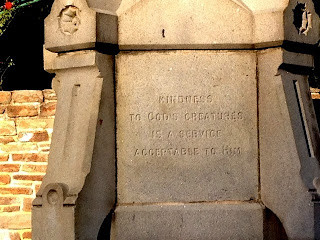 I loved this. "Kindness to God's creatures is a service acceptable to Him," it reads. 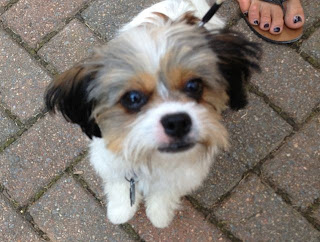 There were great dogs at the show, and this little cutie was one of them.