Autumn on the Eastern Shore - and How I Love Living Here 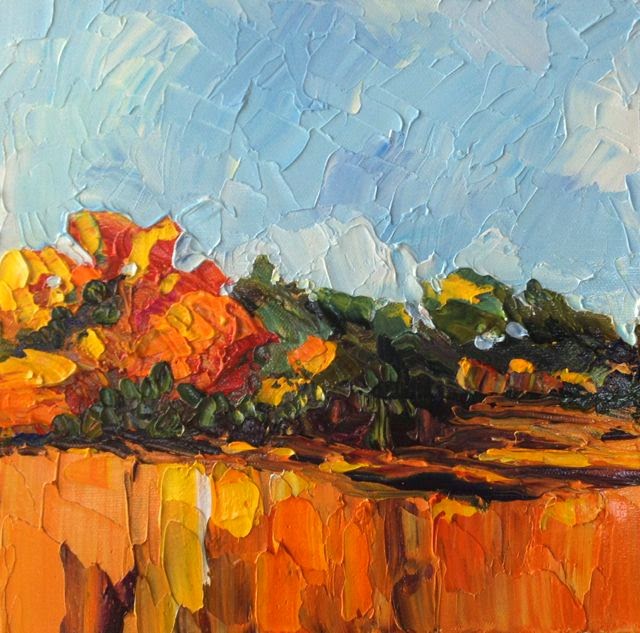 Autumn on the Eastern Shore
Oil on canvas, 10x10, $100
To buy this painting, please click here to email me!

But when I drove across the Chesapeake Bay Bridge-Tunnel and onto the Eastern Shore, I found myself letting out a whoop and holler of sheer, unadulterated joy. It wasn't only that I was heading home, to my husband and our dogs and our house and our friends, but that all of that was in this place that so delights and moves me.

Time and again, I drive onto the Eastern Shore and I am simply filled with gratitude that after living in all these places over all these years, Peter and I found our home. I've loved places where we've lived, but I have never felt so centered or so delightfully settled.

I took the photo below as I was driving that last stretch on my way home from Texas. I thought about stopping to paint, but I really wanted just to get home, to hug Peter, pet the dogs, and stop driving.

Much of the draw is our home, and our friends, the people, and Wachapreague itself. But I love the Eastern Shore as a painter, too. Partly, I think, I'm attracted to the simplicity of the landscape. Even more, though, is the light. With the Atlantic on one side, the Chesapeake Bay on the other, and virtually no air pollution at all, the light has a roundness, a golden color, and, often, a sort of brilliant, thin pink that warms everything it touches. 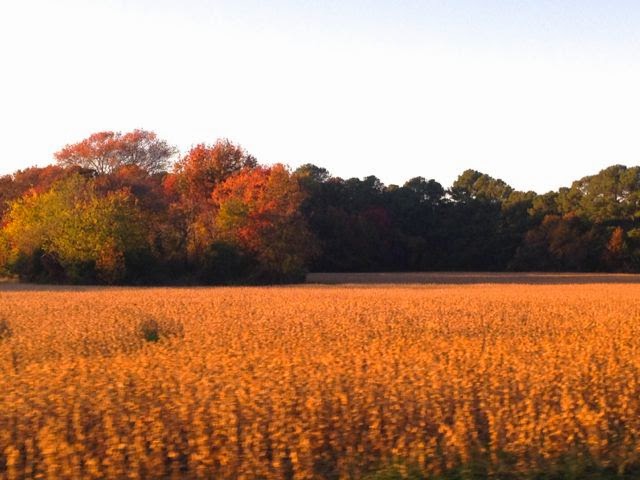 Above, the photo of the sorghum field I painted.
Below, three pix of the Eastern Shore I took on
Friday evening. 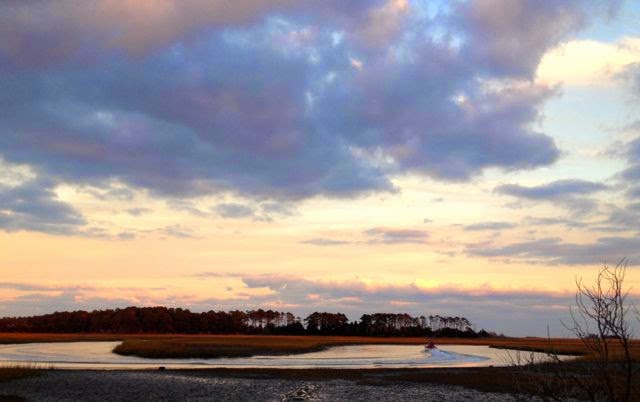 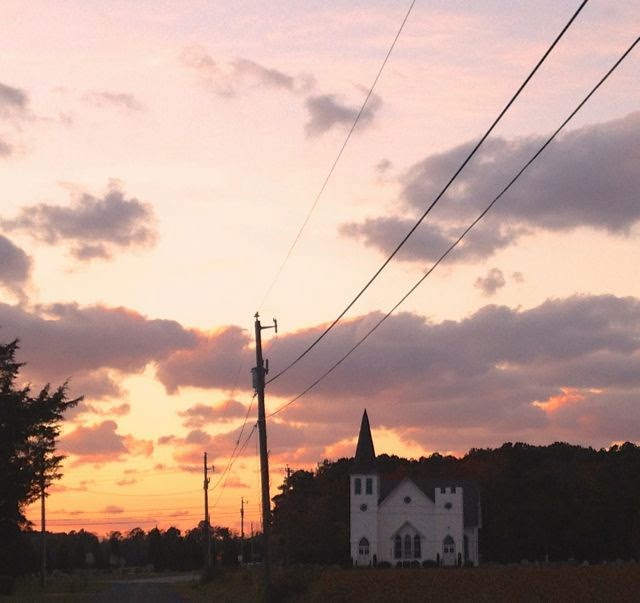 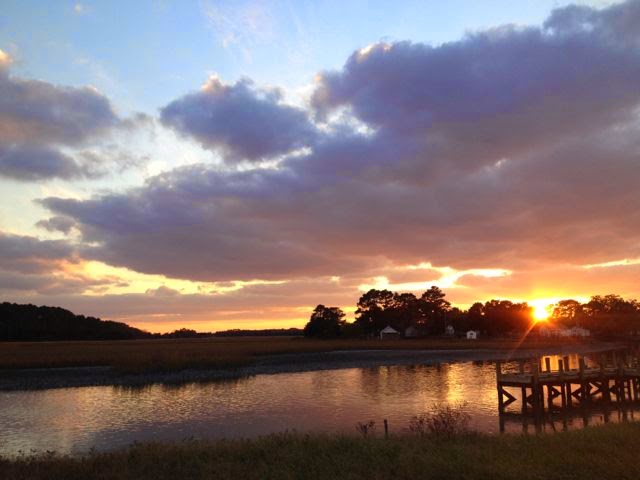 Abby, Smokey and Woody having a good howl. You can hear Jojo howling in the other room. 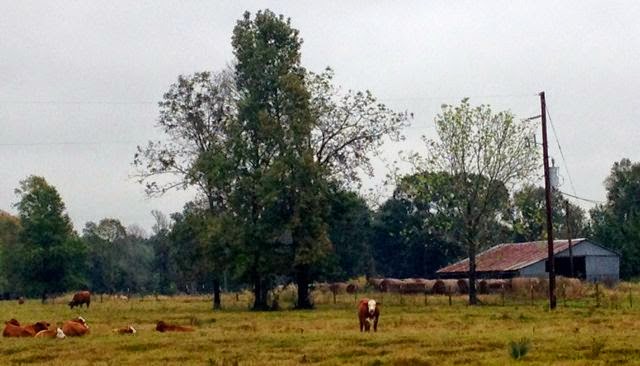 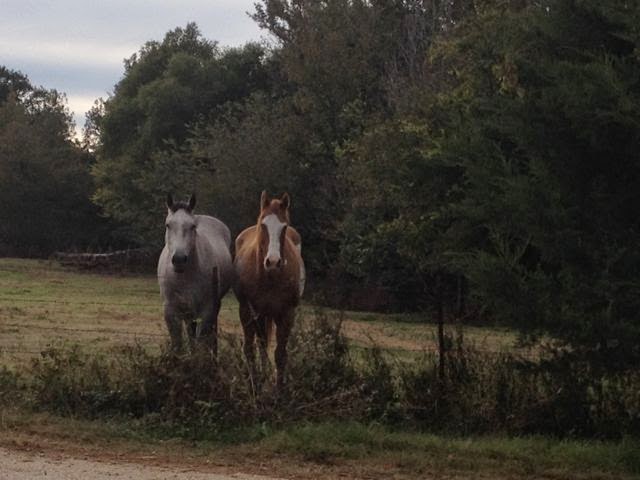 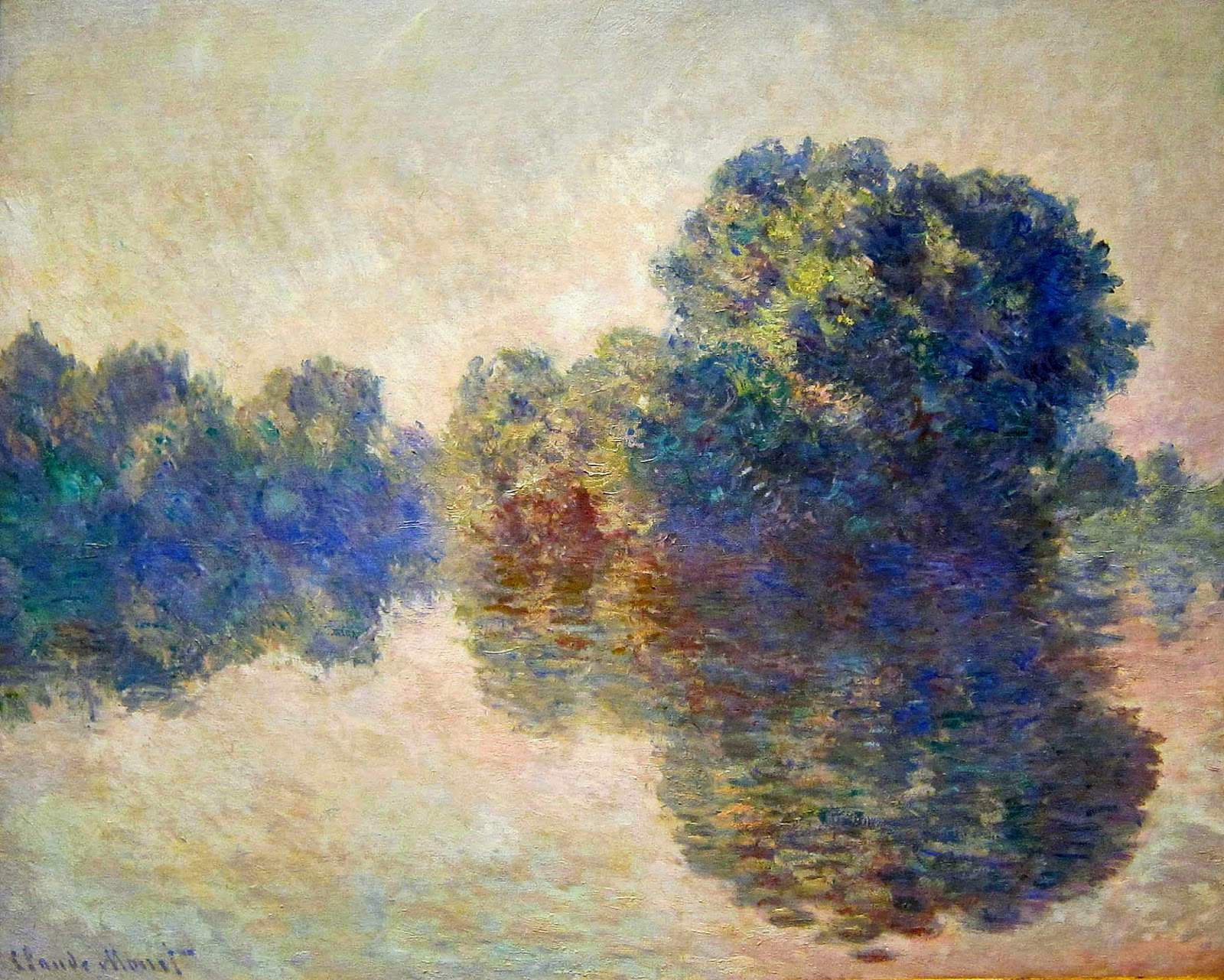 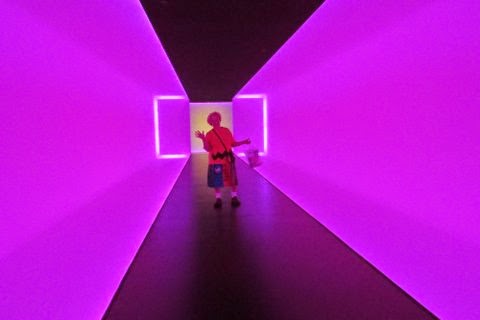 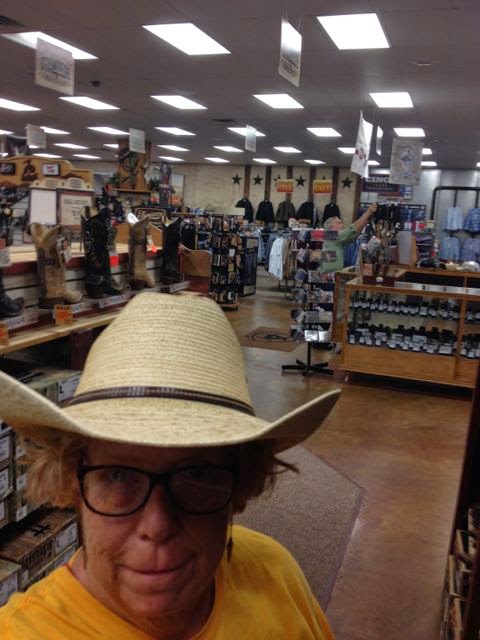 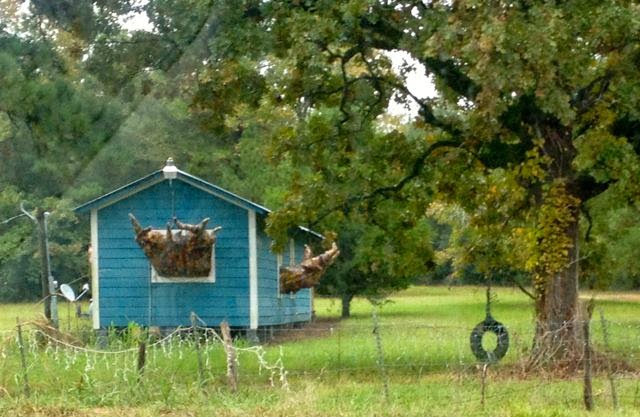 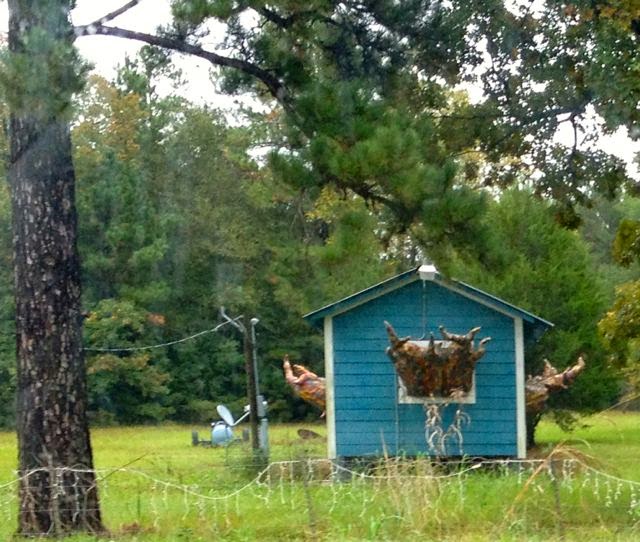 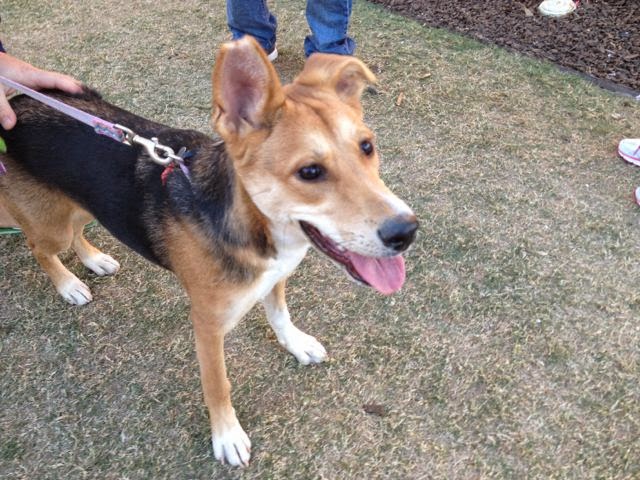 I feel happy and lucky tonight. My flower paintings were a hit here in Houston. Between the show and one online sale, three of my new pieces have sold. Yay!

The sales are not only great because they are sales, but also because it means that people like these new paintings. I am so excited about them, I can hardly wait to paint more - but just because I love them, that doesn't mean that other people love them, or at least love them enough to spend their hard-earned money on them.

The Houston show told me that yes, people are willing, even happy, to spend their money on these new paintings. It's absolutely thrilling. Thrilling.

HOUSTON IS AN interesting city, and surprising. It's vibrant, bustling, and bursting with ethnic and cultural variety. Driving down one street, you could see a Mongolian restaurant, followed by a Spanish-language law firm, a Japanese optician, an Indian-Asian fusion restaurant, a taqueria, a Vietnamese grocery and an Outback steakhouse. And the city goes on and on and on like that.

People told me that there is no single majority population, in terms of ethnicity. There seems to be a large and very out gay population; the mayor, I'm told, is a lesbian. Buildings are going up all over downtown, and I saw no empty storefronts. Some empty lots, but not that gap-toothed patchy emptiness we've become accustomed to in the east.

The show was in a very cool solar- and green-energy park, Discovery Park, which was right across the street from Minute Maid park, where the Houston Astros play. At another edge of the park was the Houston Convention Center, where the largest quilting convention in the US was taking place. All day, both days of the show, quilters came and saw art - and they were from all over the world.

It's a happening place!

***
ANOTHER HAPPENING PLACE is Shar's Art Supply in Galveston Island. I had made a reservation to camp at Galveston Island State Park, and I was hoping to paint there, as well. One of my Houston buyers commissioned a painting from me, 15x60 inches, and I knew I would have time to paint it - but there was rain in the forecast, and so I needed space. I searched on line for studio space that I could rent for a day or two, and on Facebook, found Shar Art Supply in Galveston.

I reached out, and Shar contacted me, and the next day, in Galveston, I found the space, and it was great! Sharonmatthew Bushloughran rented it about a year ago, after her job in the hospitality industry was eliminated. Getting another job in the same area, she said, would be just going down the same road. So she found space in a big, old building, and with the help of friends and other artists, made it beautiful and welcoming.

Artists rent space from her, she sells art supplies and art, she gives classes, and she entertains whatever else and whoever else walks in the door.

I felt at home instantly. Shar was great. I met Jorge and Susie, who both work with wood and wood-burning, and Kareem, who is a painter, making mainly large, thought-provoking, exciting pieces. Shar paints with watercolors, and also makes very cool signs.

I painted all afternoon, got my commission nearly done (though I redid a lot of it this morning), and had a great time talking with the artists and hanging out. I felt wonderful spiritual energy in Shar's place, and I felt welcomed and appreciated. Next time I come through Texas, I'm going to take a day to have fun in Galveston with these fine people.

If you'd take a moment to like Shar Art Supply on Facebook, that would be great. And if you're in Galveston, make sure to stop in. 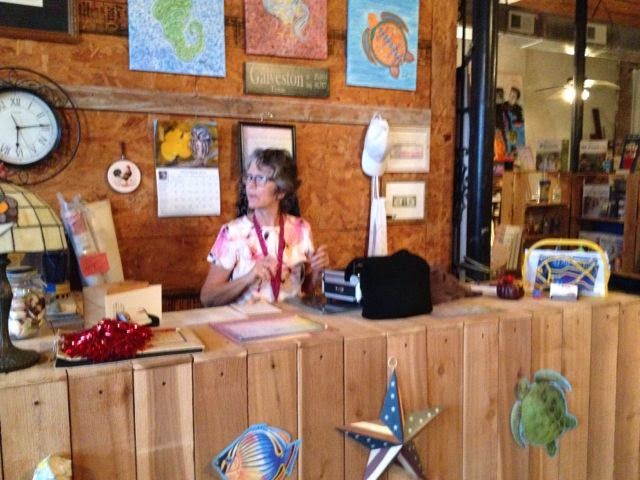 Here's Shar, above, and Jorge, below. 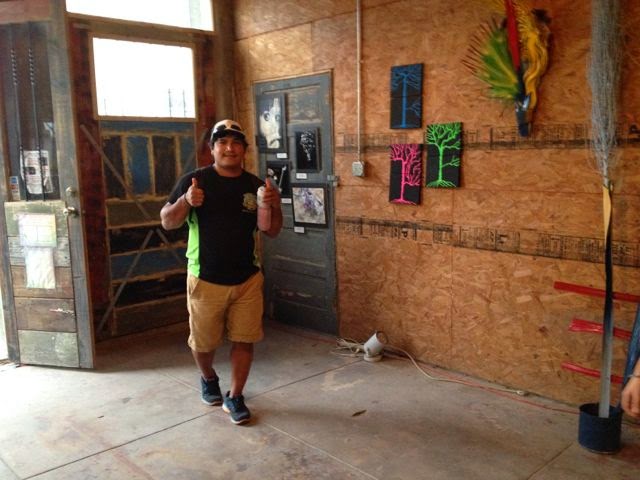 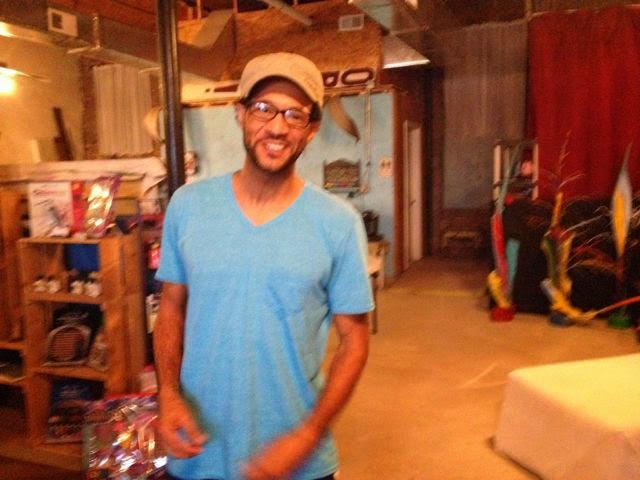 Here's Kareem, above, and Susie, below. Can't you just tell how fun
it would be to spend time with these folks, in this space? 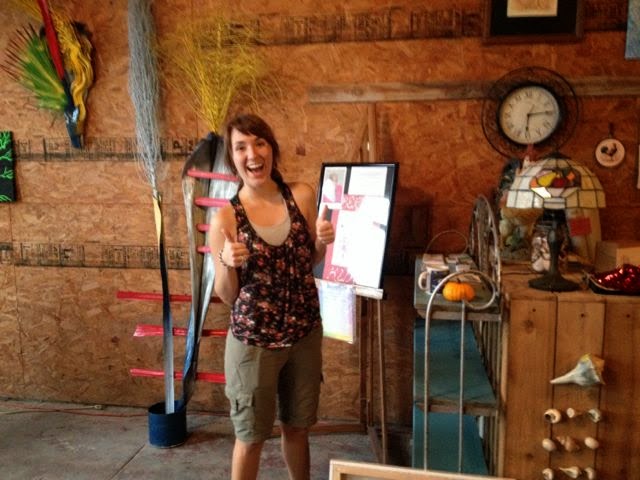 ***
MY CALIFORNIA CALLING calendars are ready to go! You can find them by clicking here.  They're 2015 calendars, with 12 paintings from my California Calling painting trip. Each calendar is $12.99, plus shipping... So it's a good present for yourself, or for anyone you'd like to delight.

Sponsors, you are all getting calendars - they should be at your doorstep in a couple weeks! 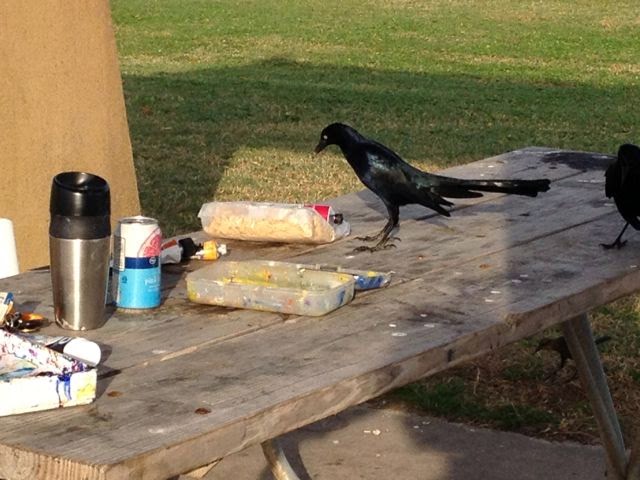 THE DOG OF THE DAY is the boat-tailed grackle of Galveston Island State Park. These birds are raucous, loud, energetic, insistent - and shameless. They have a series of bizarre calls, that run from something that sounds like a car alarm to something that sounds like sticks breaking. They are pirates, going so far as to get inside my van, looking for food. At the table, they pounded my bag of Rice Chex until they broke through. And then, they walked all over my painting! No harm done, but still, sheesh.

Yes, they were rude, but my oh my, they made me laugh. 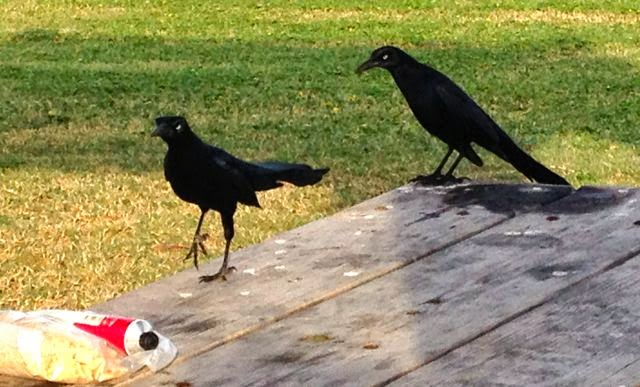