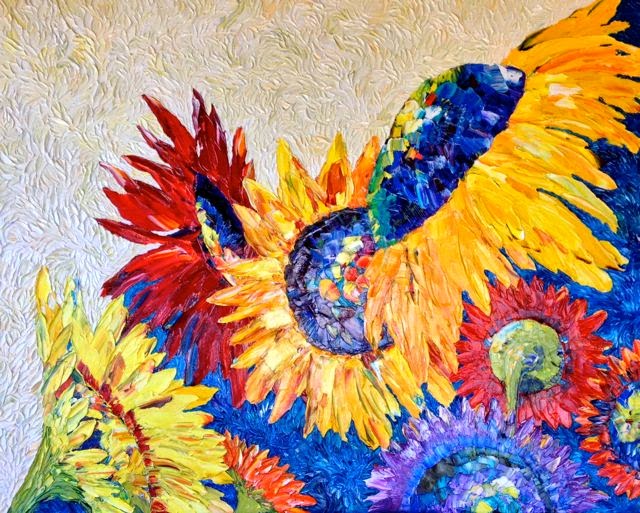 Sometimes, I just have to laugh at myself, and yesterday was one of those times.

I put it in the van to dry and went back to the studio.

My next painting? Five inches square. 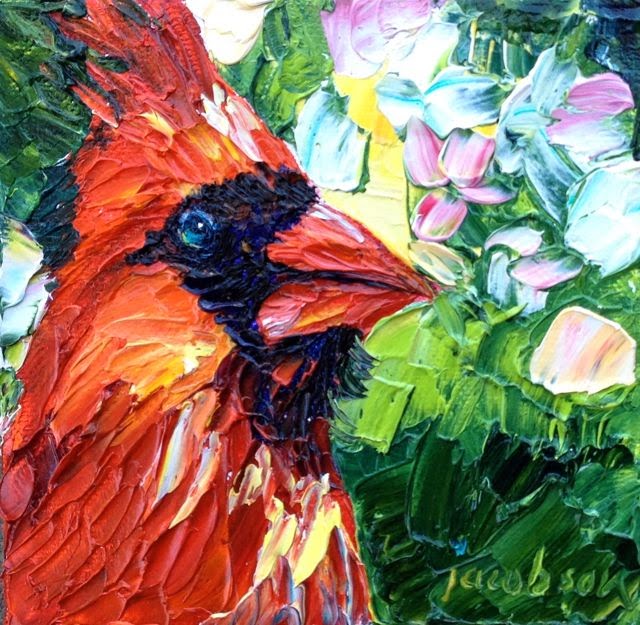 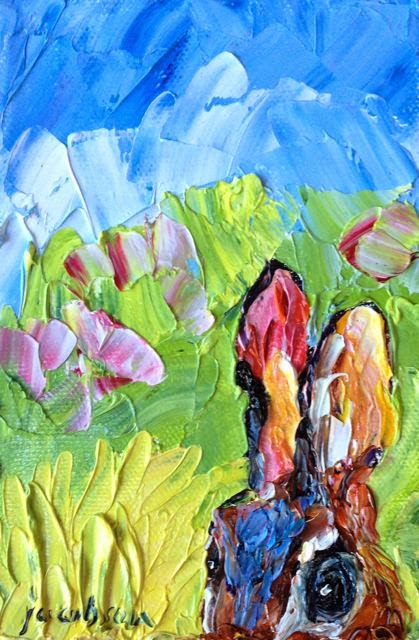 But before these paintings make it into my booth at this summer's outdoor art shows, they're headed for the Denison Pequotsepos Nature Center in Mystic, CT. My friend and former boss, Elissa Bass, is working for the center, which is run by another friend, and former classmate, Maggie Jones. Elissa invited me to exhibit at the center for the month of June. So that's the first home for these small pieces.

***
THIS YEAR'S PAWS FOR CHARITY book is out, and it is just beautiful!

This is a project I've had the honor of participating in for a few years now. Sara Harley chooses photographs and paintings from artists who apply. She puts together a beautiful book, and donates the proceeds to a shelter in Nova Scotia, where she lives. This year's recipient is SHAID, Shelter for Animals In Distress.

You can see a preview of the book by clicking here.

And if you want to buy a book or two, here's a discount! Put in this code - P4C2014 - when you are checking out, and you'll get 25 percent off. The discount is not good forever, so you should order now! 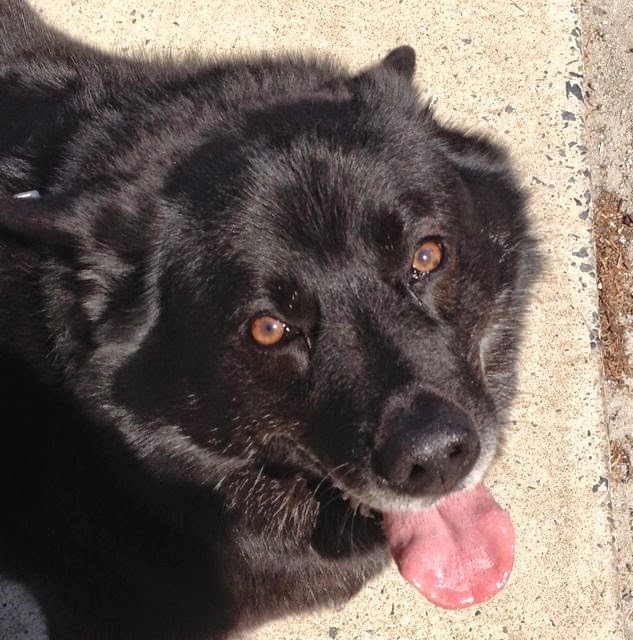 I met him at the Wachapreague Post Office yesterday, and he was happy and shiny and
very friendly. I think his name is Zorro, but I could be wrong.