Long, Long Longhorn - and a Good Show in Annapolis

I had an absolute blast making this painting! I bought the canvas because the shape intrigued me, but I had no idea what to paint on it, or even whether I should make a vertical painting or a horizontal one. Vertical would be easier to show in my tent, I know, but at least in my initial thinking, vertical offered fewer possibilities. Horizontally, the canvas offered a richness of width, a long sweep of landscape or garden or sky or.... horns.

And so I set out to find a photo of a longhorn that would work, and then I painted more or less like a crazy person, with sweat pouring off of me, until this piece was finished. And I have to say that I love it! I have another canvas that's more or less the same shape and size, and I'm thinking of doing a companion piece. Doesn't this guy need a friend?

Want to see it in person? I'll have it at the Art and Craft Festival in New Milford, CT, this coming weekend.

***
I HAD A really good show this past weekend in Annapolis, at the Art, Craft and Wine Festival. It is an odd festival, and a hard one to do, but both times I've done it, I've found success.

The festival takes place in the parking lot of the Navy-Marine Corps stadium in Annapolis. There are no trees, no shade, no break from the brutal sun. Add to this the fact that I set up my tent wrong, so I couldn't put up the awning, and I ended up sitting inside my tent, which I never do.

But it wasn't enough to scare off the buyers, so, yay! The nicest folks bought paintings from me this weekend! Here are photos of them with their purchases: 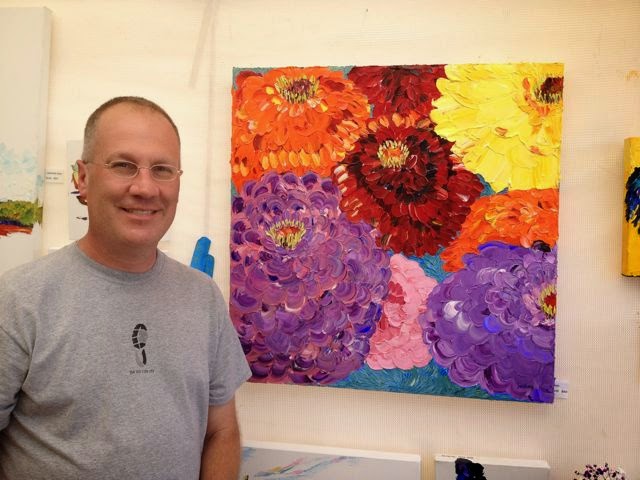 He bought the zinnia painting - even though it wasn't QUITE dry! 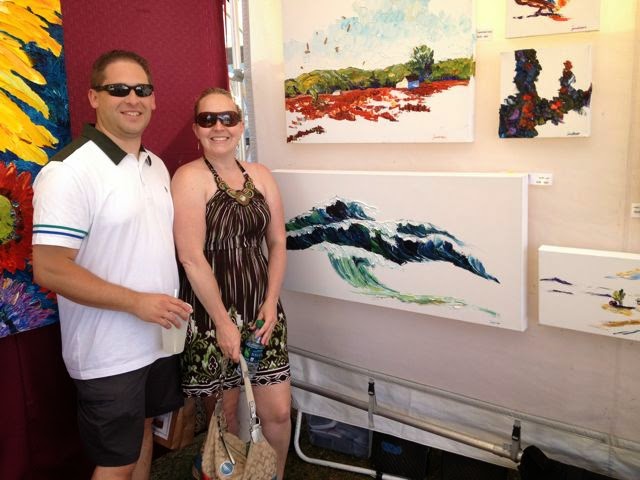 They bought "In the Curl," the minimalist wave painting! 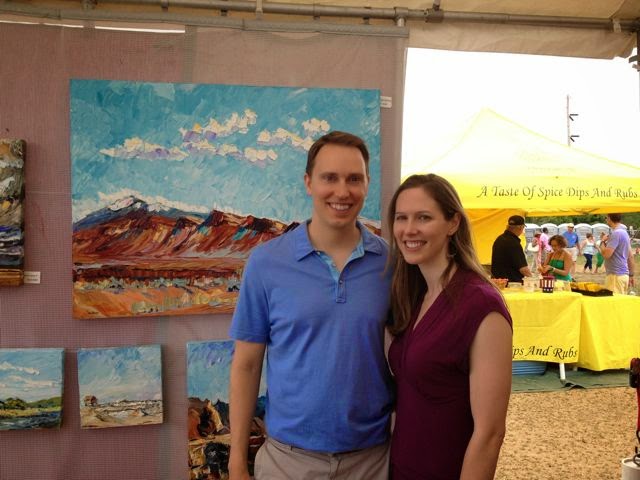 He bought "Combs Ridge," the largest plein-air piece I made on my southwest trip this winter. 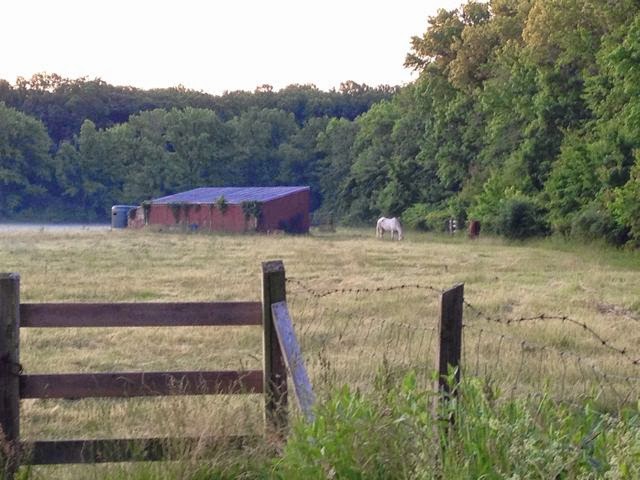 This is just a pretty sight I saw one morning in Annapolis. 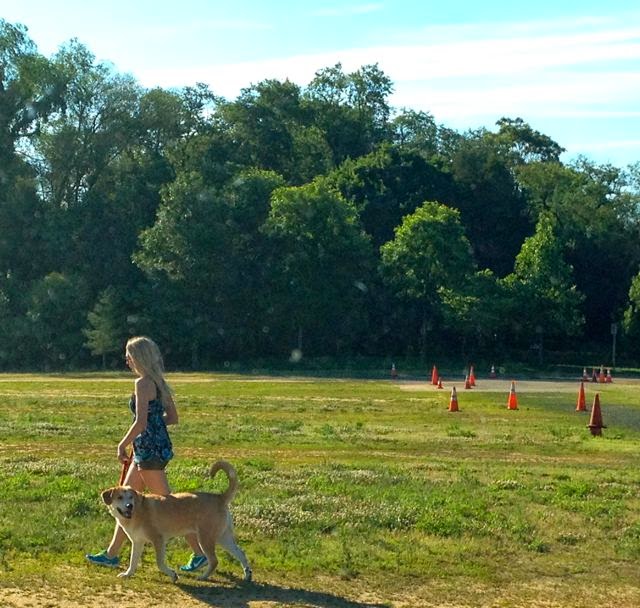 I've written about this before, I know, but I was struck again this weekend by the trust that our dogs put in us. We put them at one end of a leash, and we put ourselves at the other, and off we go. Time and again, I see the dogs trotting along, sniffing here, taking a quick glance there, and then, always, looking back at their humans, trusting them entirely, knowing that, at the other end of the leash, we have their welfare in mind, and are walking with them, keeping them safe. I know that's not always true, but I hope that people will think of this post when they're contemplating taking their dogs to a place that might be too hot, too cold or too crowded for them.