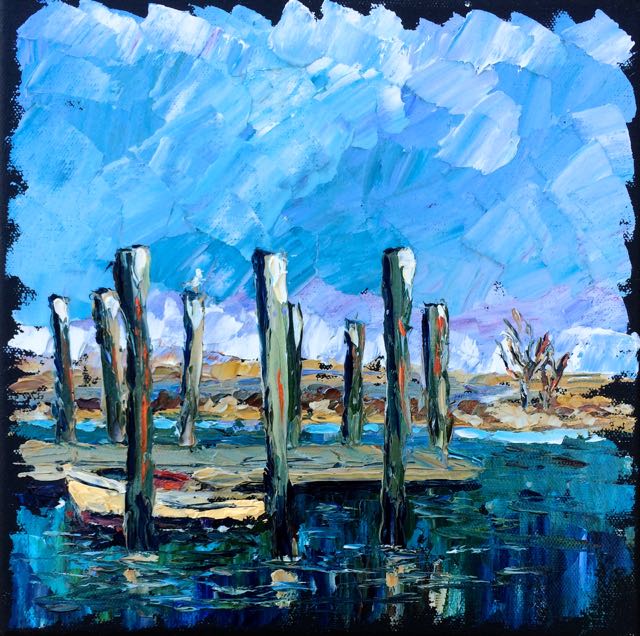 Safe at Anchor
Oil on canvas, 10x10, $125
Please click here to email me if you're interested in this painting 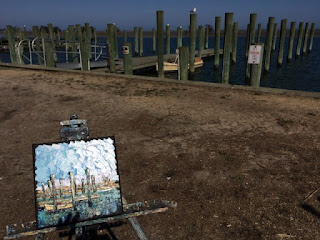 ***
I WAS THRILLED this week to find that I've been lifted off the waiting list, and will participate in the Central Pennsylvania Festival of the Arts, which has been named the No. 1 show in the country by Sunshine Artists, the major group that lists and ranks festivals. So that is very exciting!

The festival is July 14-17, in State College, PA, on the grounds of the University of Pennsylvania.

Meantime, I've been rejected by the Boardwalk show in Virginia Beach, and wait-listed for Stockley Gardens in Norfolk. Sigh.

Please check out my website, jacobson-arts.com, to see my show schedule. 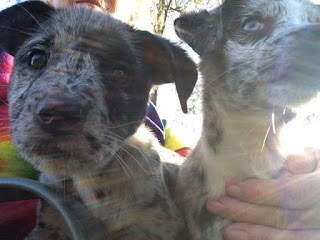 Well, DOGS of the Day... Meet our new additions, Dr. Cooper (brown eyes) and Lulubelle (blue eyes). Less formally, Doc and Lulu. They're about 10 weeks old, at least part Catahoula leopard dog, and part who knows what. They weigh about 7 pounds.

The big dogs were wary at first, but now they're loving having New Friends! And Peter and I are loving the enthusiasm and joy with which the pups address life. Everything is new, everything is exciting - and maybe, everything is edible. Their energy and enthusiasm are contagious! Yes, it's madness to have six dogs, but it's fun, too. 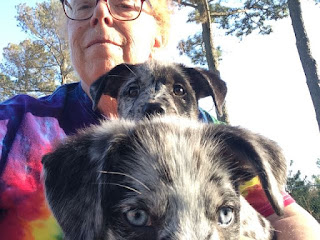 "The main thing is to be moved, to love, to hope, to tremble, to live."

Fantastic! What marvelous, ebullient colors - I love it!

Congrats on the shows, and best of luck!

And congrats on the new pups - they are gorgeous as well - what a great addition!

Thanks, Unknown! I like the painting, too, and the pups are indeed a great addition. I wake up every morning wondering what they will do today!