Joseph went up from the town of Nazareth in Galilee to David's town, Bethlehem, in Judea, because he was a direct descendant of David, to be registered with his future wife, Mary, now in the later stages of her pregnancy. So it happened that it was while they were there in Bethlehem that she came to the end of her time. She gave birth to her first child, a son. And as there was no place for them inside the inn, she wrapped him up and laid him in a manger.


I'm wishing you a Merry Christmas, Happy Hannukah, Joyful Kwanzaa and  Fabulous Festivus, and thanking you for bringing such joy to me! 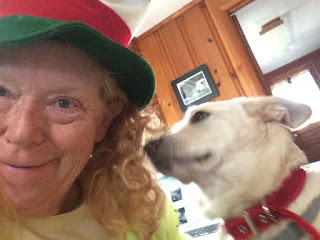 Merry Christmas Carrie! Wishing you a wonderful holiday season, and continued success for the New Year!

Thank you, Sara. Merry Christmas to you, too. I hope 2017 looks grand for you both - and the dogs!