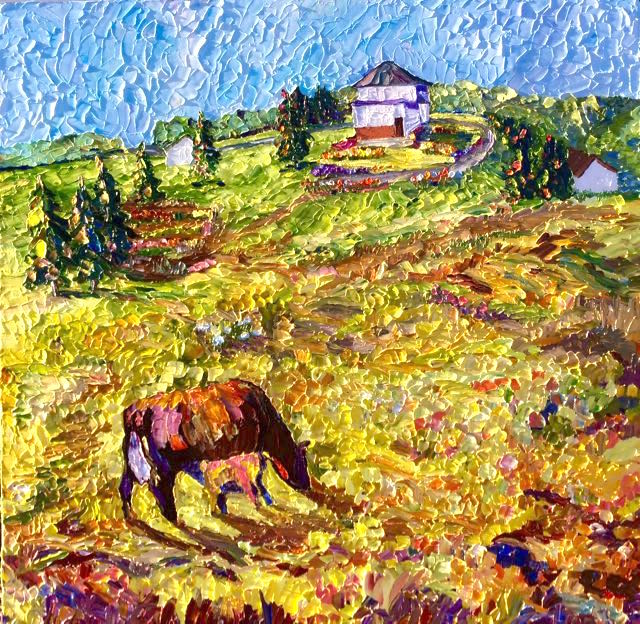 A long and wonderful project has come to a happy end, and I'd like to share the story with you.

At the start of the fall, I got an email from a woman I'd met at a show in Omaha. She wanted a painting of the Nebraska farm where she grew up. She wanted a big painting, with heavy texture, of the farm and a cow or two. 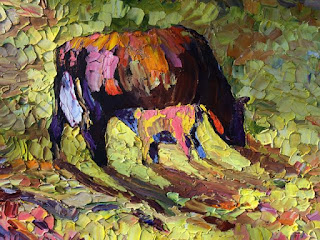 Unlike many artists, I love doing commissions. Ones that are projects, like this one, are especially fun and intriguing to me. Maybe this comes from working in newsrooms for so long and seeing how the energy and ideas expand and improve when others are involved. Kim sent me a bunch of photos of the farm, but for some reason, I couldn't put the photos together in my mind into a cohesive whole. The poor woman explained it to me, walked me around the property virtually, and answered my questions again and again, and still I couldn't see it.
So I decided to actually go and see it. I knew I could pass relatively near the farm on my Big Skies Painting trip. Kim gave me directions, and on my way back, I stopped in and saw the farm.

It still was not without its issues! First, I drove right by it and got more than a little lost. I called Kim, and she suggested that I facetime her - and she was able to look through my phone at the landscape around me, and direct me to the right place.
I walked around, took a bunch of photos, and, when I got home, made a sketch of the farm. Kim had a couple ideas, I had a few more, and I made a small painting. It was at this point that we both realized that I was situating the farmhouse incorrectly. I had my norths and wests mixed up. It took a while of patient Kim's coaxing and explaining before the whole thing fell into place in my head - and then I was able to paint. 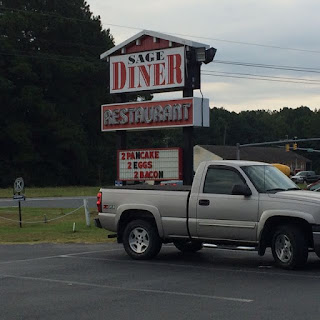 The most incomprehensible sign ever! And it's been up for years. Hahahaha!!! 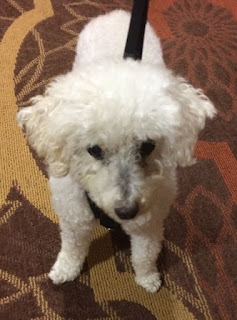 Toby (the dog) and Ira (the human). I met them in a hotel somewhere this summer - Indiana, maybe? Ira rescued Toby after the dog escaped from a fire, and was abandoned by his humans. Toby is old now, partly deaf and partly blind, and much loved. 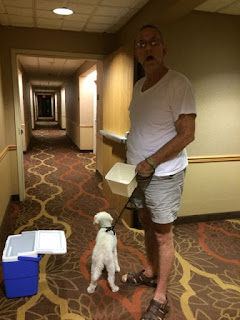