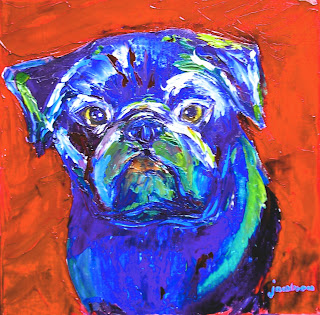 Thanks, everyone, for your good wishes. The sun is shining, the day is a temperate 36 degrees, I left Chez Jacobson for the first time in a week, and I am feeling better.

Sherry Svec, a friend from New York, read my posting about the crows and shared a story of her own with me. It was so vivid and lovely, I asked if I could post it here on the blog, and she agreed.

"I don't know whether you remember the hordes of crows that settle in on mIddletown somewhere around October and stay through the winter. They create a noise like rustling silk in the cold as they roost in the trees behind our house. They're like a sudden re-clothing of the maple trees, but in black rather than spring green or fall golden-red.

"They are very smart, eerily so. They watch me as I walk with Rose through Hillside Cemetery, and I wonder what they are thinking. Mimi (a mutual friend) loves them, I remember her saying they were her favorite birds because they were so clever.

"My best memory of them was when I was leaving my house to go see the New Year's Eve fireworks at midnight downtown. ... They used to set off the first volley as the clock struck midnight.  (They discontinued this practice after setting fire to the roof of City Hall one year).
"I was, as usual, slightly late, and when the first rocket went off I thought I missed it, but I was actually in the perfect position to find myself in the midst of hundreds of startled crows, they had been totally taken by surprise and were flowing around me like a black river.  It was amazing."
Thanks, Sherry! And thank you all for reading.