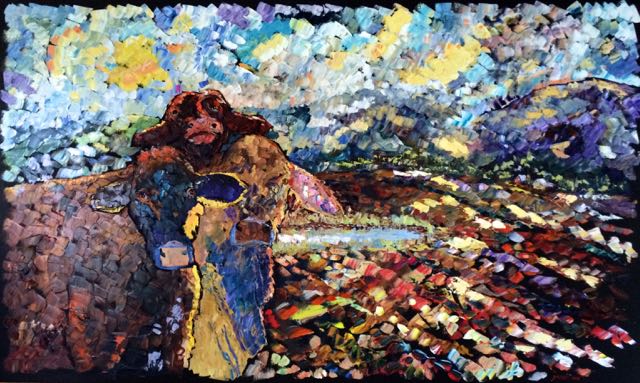 It's been great to have a break, here in the middle of the summer, but a friend is doing a show this weekend and I find myself wishing that I were doing one, too.

That's a far cry from how I felt about shows when I started doing them. I approached them with a sense of dread, and a feeling that I'd rather be doing anything else. Anything.

I'm thankful that all that has passed. From day to day, with varying amounts of certainty, I'm confident in my paintings and myself. I've learned that the best thing to do in the tent is to listen to the people who come in, and ask them about themselves, and what kind of art they like, what they're looking for, what they like about the show, or about this painting or that one. I don't have to talk about myself unless they ask.

And if someone wants to buy a painting from me, I've stopped worrying whether they can really afford it, or whether it's worth what I'm asking. My paintings are usually in the low end, cost-wise, at pretty much every show. And if the buyer can't afford it, well, it's her decision to make! Maybe stretching to afford it makes it even more of a treasure?

So this weekend, I'm getting the van ready to drive to Minnesota, finishing paintings for commissions and upcoming shows, and starting to think about where I'll go on the Big Skies Painting Trip.

And next weekend, I'll bring my new paintings to the Uptown Art Fair, and be happy to be participating in a show!
***
Baby Animals 2017 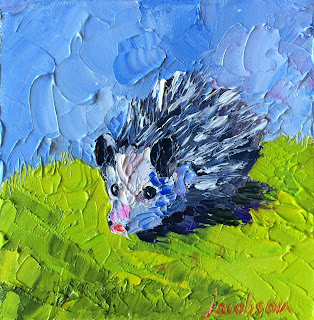 In my most recent blog post, I wrote about the 2017 Wachapreague calendar that I'm making. I'm participating in a project for the Denison Pequotsepos Nature Center, too - a calendar of baby animals, put together by my friend and former Patch.com boss Elissa Bass. These two paintings are destined for the calendar. Check out the DPNC website to find out more! 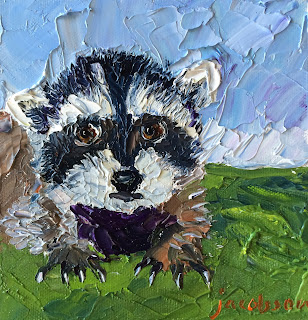 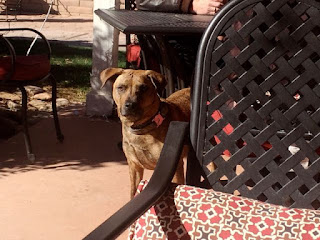 Met this guy out in Tubac, Arizona, in February. He looks tough but was very sweet.

"One eye sees, the other feels."