Hillside Farm, and One Angry Man 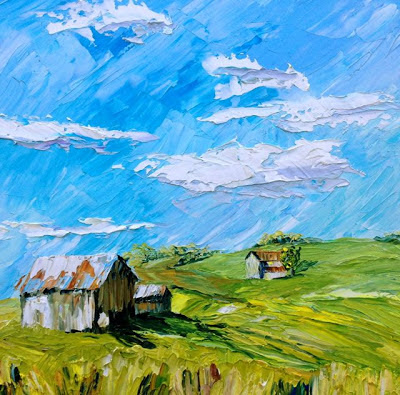 Hillside Farm
Oil on canvas, 20x20
sold
Yesterday,  I'd pulled over in a small parking lot of a small church, and was setting up to paint when a woman pulled up. She lived in the house I was looking at, and wanted to know what I was doing, and what I planned to paint.

The barn, I told her, and the house, and perhaps another barn that I could see from my vantage point. She wanted to know what I was going to do with the painting, and I told her. She asked if she could see it when I finished.

I told her about this blog, and gave her a card.

"OK," I said, and offered to make a print of the painting and send it to her. She gave me her address, told me her grandparents had built the house, and she'd lived in it for 66 years. Then she told me to be careful, that the whole town would want to know what I was doing, and she drove off.

Thirty minutes later, her husband drove up, got out of the car, and began yelling at me.

"I don't want our house painted," he said. Angrily. Nastily. "I don't want you painting a picture of our house. You stop right now and give me back that piece of paper my wife gave you."

I could have argued with the guy, put up a fight, invoked my rights - but I didn't have explicit permission from the church to be in the parking lot, and honestly, it wasn't worth it, so I left and found a more delightful scene.

I guess living near a church doesn't help you be a better person. 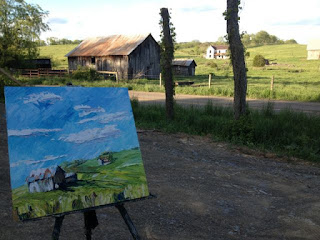 ***
On my drive yesterday, I saw a herd of miniature horses and donkeys, and stopped to take some photos. Guess they are the Dogs of the Day! 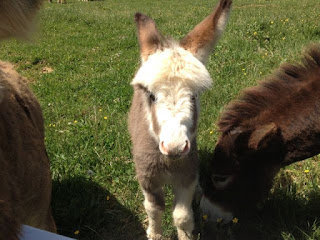 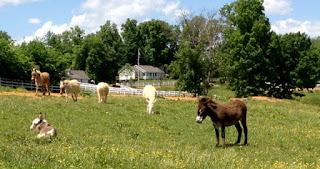 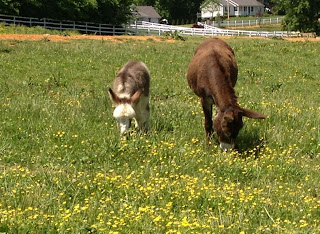 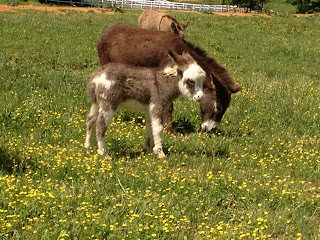 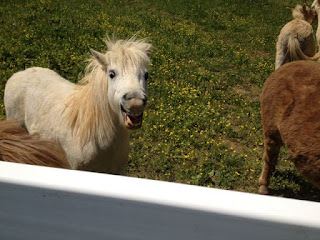