The Following Sea - and a Not-So-Yay Day in Frederick A couple years ago, Peter and I were driving across the Newport bridge, in Rhode Island, and I saw this sunset with the huge ocean and tiny boat.

I came home and painted it, and it was never quite right. But I knew there was something in it, so instead of covering it with another painting, I saved it.

Last week, I pulled it out and worked on it, and managed to find whatever it was that I was missing. Yay!

NOT SO YAY was Saturday in Frederick, at least in terms of sales. But there were tons of nice and friendly people, and lots of folks said they would come back, were thinking of buying this or that... so we shall see.

It was brutally hot again yesterday, and today holds the same promise, with thunderstorms mixed in. So we shall see.

I had fun in spite of the slow sales and broiling heat. It's a pretty place for a show, the ducks were amusing, and I have nice artists on either side.

I do wish people would recognize how hot it is for their dogs, and leave them at home. I saw several dogs on the brink of heat stroke yesterday. Believe me, I love bringing the dogs, but not when it's this hot. Even without everything else, they are barefoot on the burning-hot bricks.

SOME SCENES from the day: 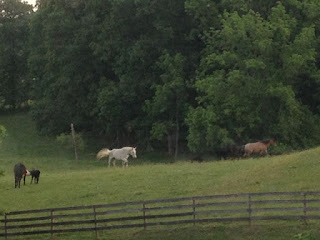 This is the farm where I'm staying 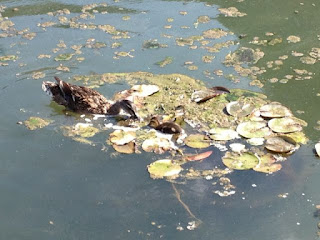 Ducks on the canal that runs through the festival 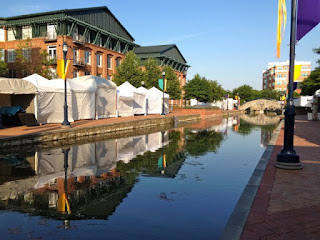 Here's the festival before opening on Saturday. There is an odd optical illusion here, isn't there? It looks like the stream is going downhill - but it is not. I guess the wall is going uphill! 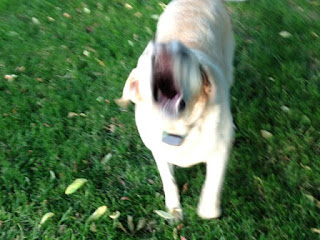 Molly, one of the farm dogs, barking at me 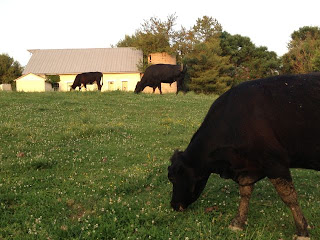 Cows on the farm here in Monrovia, MD 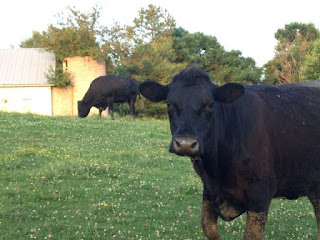 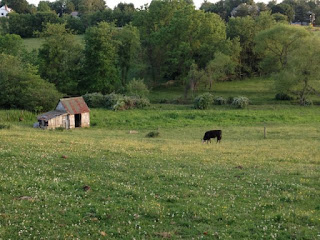 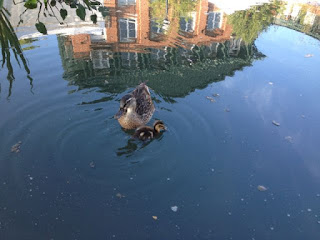 
Dog of the Day


The dog of the day is Cora, who belongs to Ron DesJarlais's daughter Cait. I worked with Ron decades ago at The Westerly Sun. He is one of the best newsmen and designers I ever met, and a good person who always made me smile. Cora was a rescue from Tennessee - like Archie, yesterday's Dog of the Day! 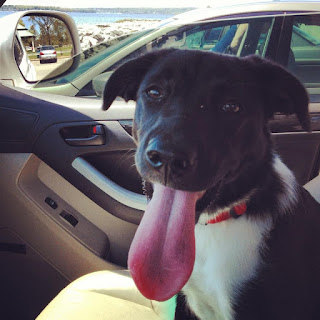 Want your dog to be the Dog of the Day? Send me a jpg!