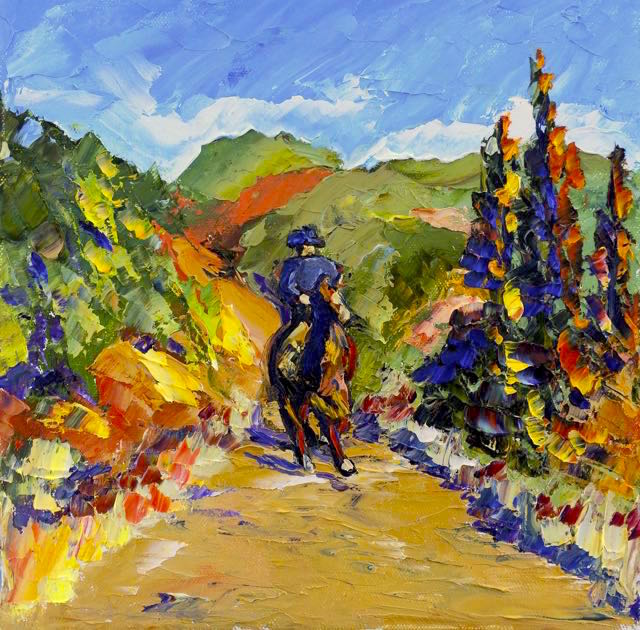 I was driving through the mountains on a back road from Holbrook, Arizona, to Scottsdale, when I saw a big hubbub ahead. Lots of police cars, flashing lights, a line of traffic. When I came up to it, I was amazed to see that the police cars were surrounding a guy riding a horse along the side of the road.

I passed, and a little ways up the road, saw another guy, dressed in a long duster, waiting with his horse. A little ways later, another. It dawned on me that I'd seen historical marker signs naming this road as the Hashknife Pony Express route - and putting two and two together, I realized that I was watching the Pony Express. 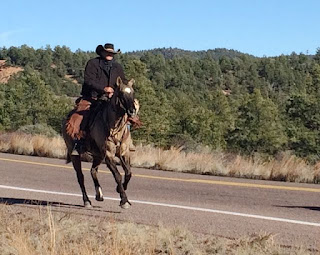 I drove past the riders and entourage, and in a ways, stopped at a store to get gas. The guy behind the counter told me that, indeed, this was a once-a-year running of the Pony Express, and that the riders were carrying real mail from Holbrook to Scottsdale! Each rider goes a mile or two, then the next rider picks up. They carry 20,000 pieces of mail, each stamped with the official Pony Express logo! You can read all about it on the website. This just seemed like the coolest thing - and the first fun thing I've seen on the trip. So far, this trip has been nothing but fear - a giant snowfall, the mock jury and visiting four galleries, seeking representation, all worthwhile, but all scary.

So I changed my plans, turned around and went back to see the riders again, and paint! I painted the scene, leaving a space for the horse and rider, and then put him in. Later, in Payson, I saw all the riders riding in a line on the last leg, to the post office. 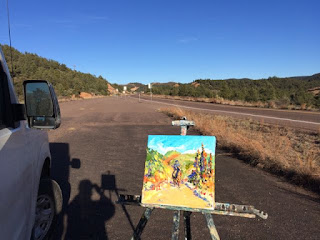 ***
THE PONY EXPRESS painting was sold to my first sponsor for the Arizona Byways trip. This is not as structured as my recent trips, but sponsorships are still encouraged. Sponsors will have first choice of the paintings I make on this trip. I plan to paint in and around Tubac, and on some side treks, too. 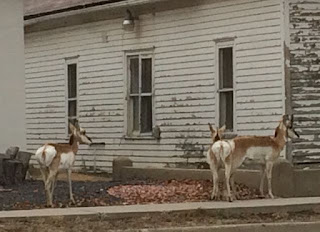 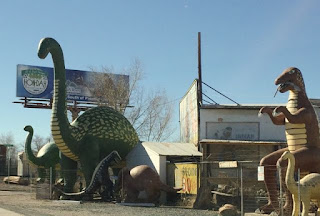 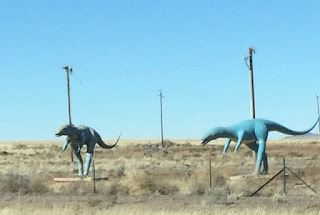 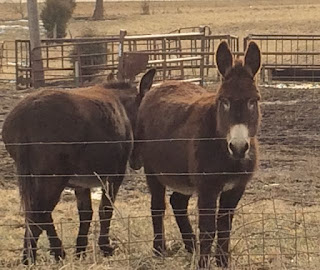 Some good-looking donkeys in Kansas, above, and a Kansas landscape, below. 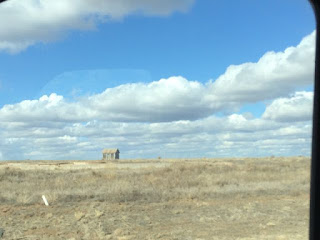 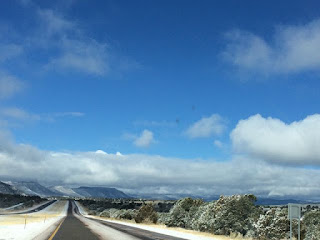 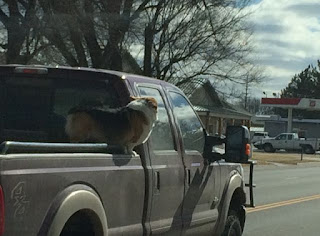 I saw this lunatic Corgi in a small town in Oklahoma. 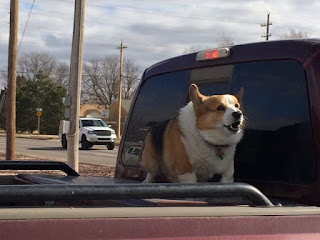 "I found I could say things with color and shapes
that I couldn't say any other way - things I had no words for."
- Georgia O'Keeffe

Fantastic! What a great American road trip! Hope it proceeds with more fun stuff and less scary stuff, but, wow, what an experience you are having. Thanks for sharing it with all of us!

Thanks for your comment, Ellen, and for your unflagging support. I think that most of the scary stuff is over and done with, and now I'm able to relax, visit my dad and stepmother, paint and look forward to the show!