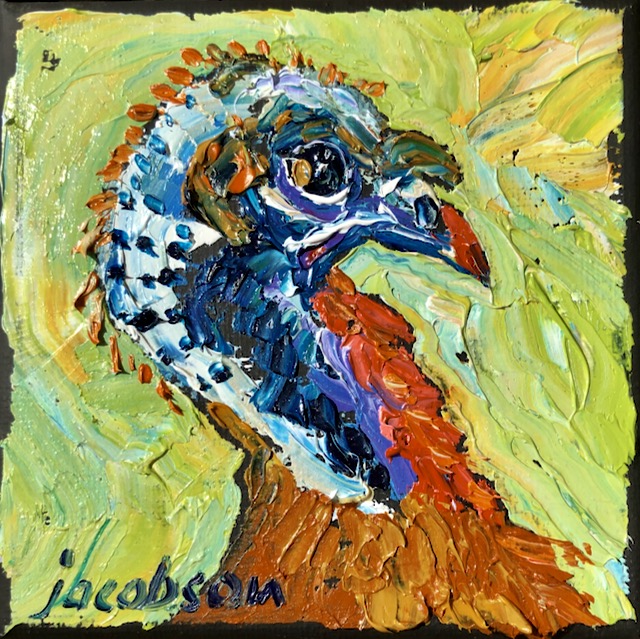 
LAST WEEK, DIANA DAVIS and I met some other friends at a peony farm in Exeter, and we painted.

The peonies (and is it pronounced PEA-o-nee or pea-OH-nee? I learned the first, but people down here say it like the second. What about you?) were really done, the owners of the farm said, though they looked beautiful to me. 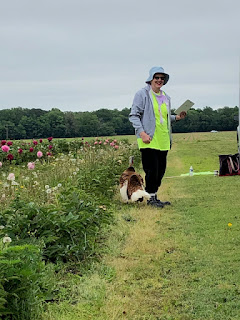 And no matter. It was a lovely day, it was great to See People - I've seen almost no one but Liesl since March - and there was plenty of room to paint, and to be social while also being distant.

An extra added bonus was a pair of brown and white turkeys - named Ninja and Ginger - which I believe are called Buff turkeys. According to Petslady.com, the Buff was listed as a heritage breed by the American Poultry Association (who knew?) in 1874.

Very few birds were able to meet the APA's Standard of Perfection (isn't that always the case, with standards of perfection?) and so the breed was removed from the Standard and became extinct. But starting in the 19402, people worked to revive it, and the Buff, or Jersey Buff, as it is called now, has come back into being. It is a small- to medium-sized turkey, whose young toms weigh about 21 pounds.

Ninja and Ginger were wandering around the peony farm when we arrived, and as we set up to paint, they came over, interested. They seemed to like me (the peony farmer said they can see bright colors) but they didn't seem to care for Diana. In the photo above, they are nibbling her.

Below, one of the paintings I made from our day at the farm.