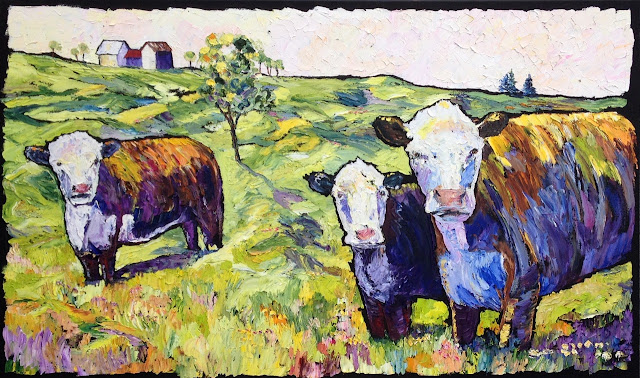 In the past few weeks, I've had two shows that have showed me that there's more success possible than I ever imagined.

The market was tumbling and the economy crumbling in 2007 when I left the editorship of the paper in West Warwick, RI, and set out to Wisdom, Montana, on my first painting trip. The radio reported financial disaster after financial disaster, as I drove west.

A year after that trip, I went back into journalism, working for Patch.com. When I left there a few years ago to paint full-time, the economy had hit bottom and was just beginning to be healed.

So I've never been involved in shows when the economy has been strong. I've heard tales from other artists, but have not really believed them. I still don't believe the hype - but after the past few weeks, and the Paradise City and Omaha Summer arts festival, I have a new idea about what shows can be.

At both shows, I had good sales. Steady sales. I didn't wait the entire show to sell one painting. In both these shows, people came into my booth, loved my art, and bought it. It was pleasure for all of us, and an eye-opener for me.

And, in addition to buying my art, and telling me how much they liked it, the people of  Omaha were as friendly, polite and pleasant as could be. I felt welcomed and appreciated. Thank you!


***
HERE ARE SOME photos from the Omaha show 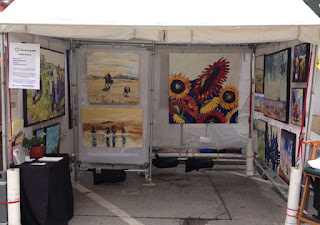 My booth in Omaha 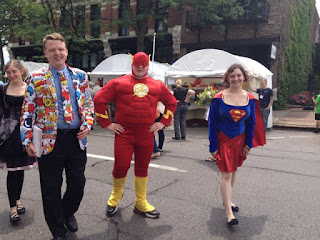 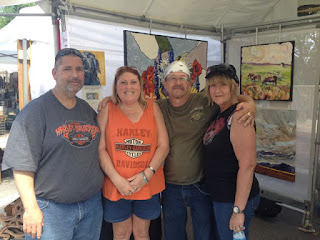 Some Friends of Bill W., who stopped by my booth 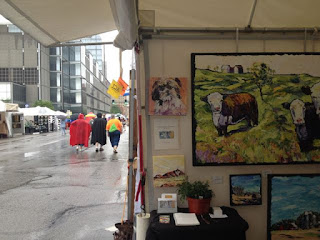 Saturday morning rain... People came out in surprising numbers, in spite of the weather! 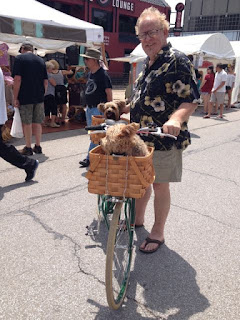 There were lots of dogs at the Omaha show, including these two, happy to be on a bike! 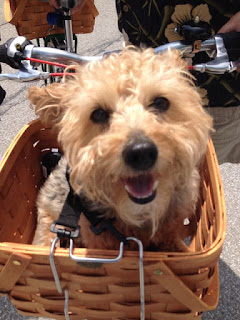 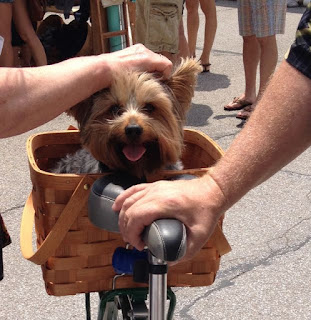 "The emotions are sometimes so strong that I work without knowing it.
The strokes come like speech."
- Vincent Van Gogh
By carrie jacobson - June 08, 2015

How marvelous! SO glad it went so well! And absolutely LOVE the picture - lucky new owner!