Lupine Garden, finished and in progress 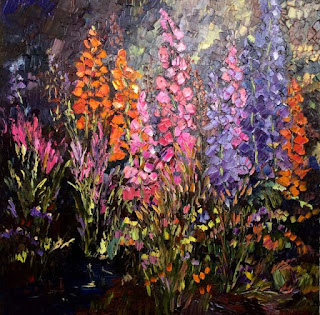 I posted some in-progress photos of a painting recently, and people were interested, so here's a series of photographs of a lupine painting in progress. 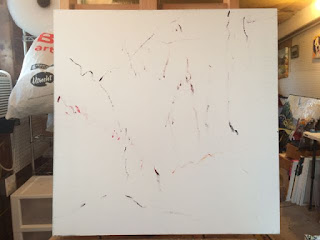 I start with a minimal design, showing where I'm planning the large blocks of color. 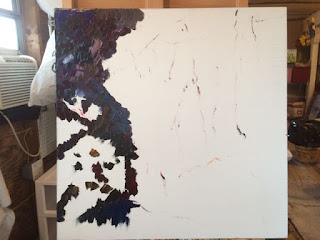 I paint in the darkest part of the piece. Sometimes, at this point, I put in the entire background. 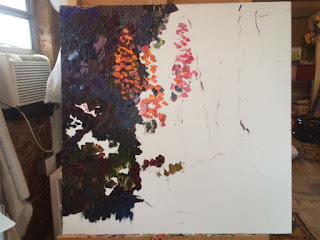 The initial flowers go in. These are destined for the final painting,
but at this point, are also place-holders. 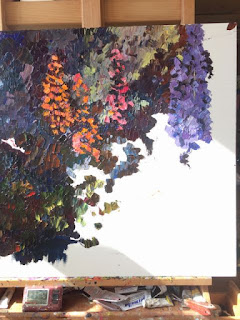 More flowers - and very cool shadows from the window to my left. 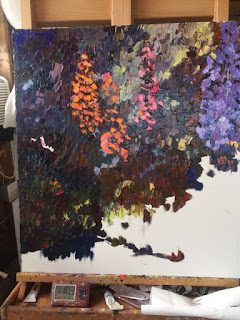 Now I fill in the upper background. 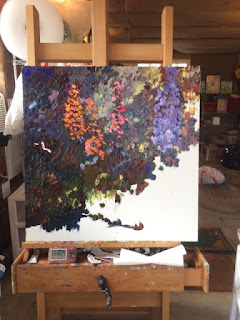 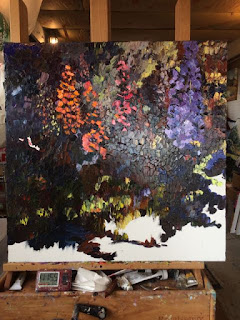 Continuing with the upper background, and starting to fill in the brighter foreground. 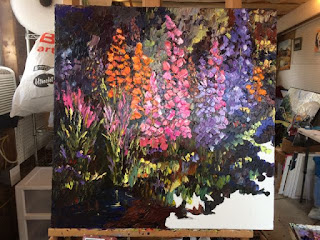 Now that the background is mostly done, I can start filling out the flowers. 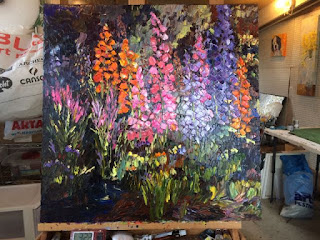 And here's the finished piece. 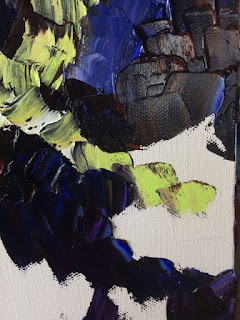 Above and below, some details. 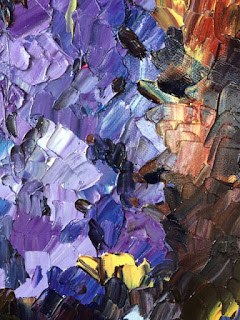 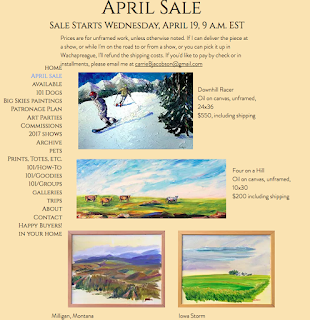 The April Sale has been a grand success. Seven paintings have sold so far, but there are still some lovely pieces available, at very good prices. Please click or below here to reach the page. If you want to buy a painting but pay by check, drop me an email at carrieBjacobson@gmail.com. The sale is on through Monday at 6 p.m. 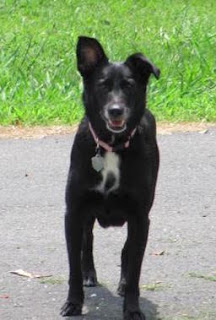 It's Kisses! She was rescued by someone who had the courage to steal her from a home where she was abused and neglected. Then that person gave her to my friend Susan, whose own dog had died. Kisses has some understandable trust issues with humans, but is a great girl.

"Whether you succeed or not is irrelevant; there is no such thing. Making your unknown known is the important thing - and keeping the unknown always beyond you."