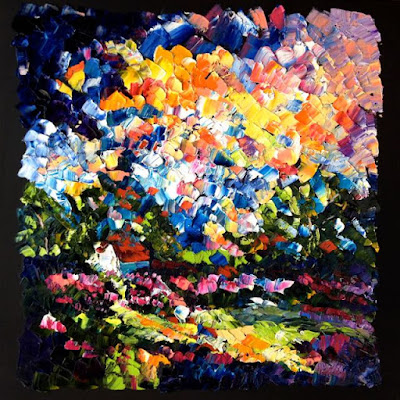 Well, I drove all the way out to Texas only to run into weather that canceled the first of my three planned shows, and is now making the second look very iffy. After spending several days feeling at sixes and sevens, frustrated and rudderless and indecisive, I've canceled my other two shows, and I'm going home.

On the way, I'm going to stop in North Carolina. Of course, I am picking up Koko. I'm also going to scout some galleries in Asheville, and see if any will represent me. If any of you have ideas of Asheville galleries that would like my art, please let me know!

I had a good, good summer of shows with nice sales, great people and drives through beautiful countryside. It was a tiring summer, too, traveling and setting up and doing shows in the blazing heat. The deaths of Jojo and Zoe took it out of me as well.

This decision, reached with much difficulty, feels right to me. Finally. 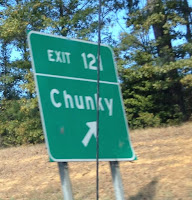 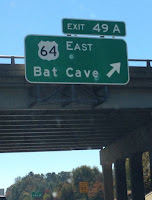 Really, truly, yes, these are signs I saw on the drive out here. I think it might be great to live in Bat Cave, but I'd never ever want to live in Chunky! Would you? 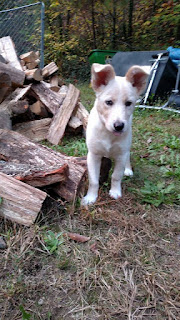 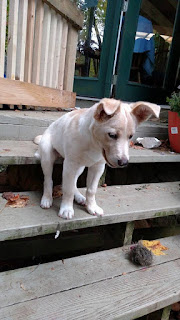 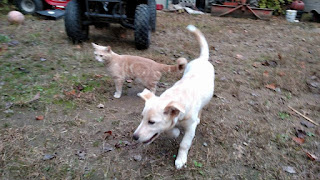 Of course, it's little Koko. She's spayed now, and vaccinated and microchipped,
and in a few days, she will be coming home with me. Yay!

"Painting is poetry that is seen rather than felt,
and poetry is painting that is felt rather than seen."