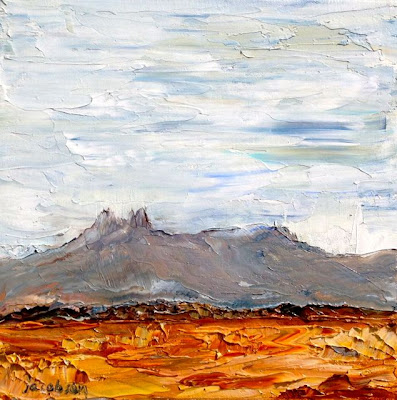 I cheered when I crossed into Arizona!

I cheered when I got off of Interstate 10!

I cheered when I arrived in Tubac!

I cheered when I saw my dad and Paula!

It is great to be here, to have made it here safe and sound, and to be welcomed by family, in a house and place I know.

According to the Chamber of Commerce, Tubac has probably been inhabited for 11,000 years. There were mammoths and mammoth hunters here, then Pima and native O’odham, then Spanish settlers and Jesuits.
Apache invasions changed the status quo, and new alliances formed between the Spanish and Pima Indians. Franciscans replaced Jesuits, and the place quieted down.
The Chamber says that "Tubac’s most famous person was soldier and explorer Capt. Juan Bautista de Anza II. During his tenure at Tubac (1760-1776), Anza built the chapel of Santa Gertrudis, the foundations of which lie beneath today’s. Anza’s second expedition to the Pacific coast departed from Tubac October 23, 1775. It included approximately 300 soldiers and colonists, and culminated with the founding of San Francisco."
Today, Tubac centers around a golf course and golf resort, and has a lovely downtown with lots of interesting shops, restaurants and galleries.

The last time I was here, the parking lot at a restaurant where we were dining contained three cars, five golf carts and a horse.
I will take photos of Tubac today and post them tomorrow. 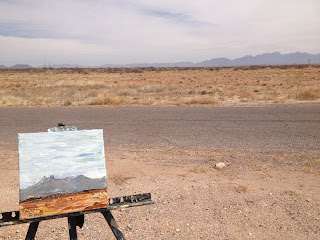 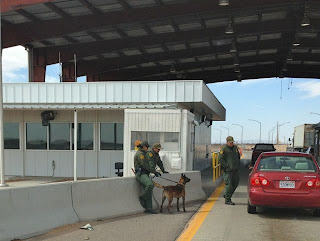 A little ways past Las Cruces, all traffic was stopped so that inspectors could inspect, and the drug dog could sniff. He looks serious - and I am sure he's good at his job - but he was also very friendly. 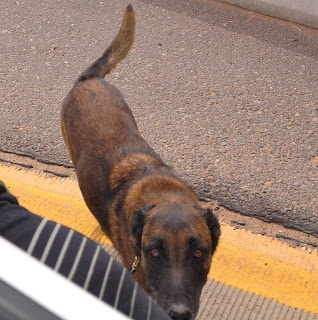 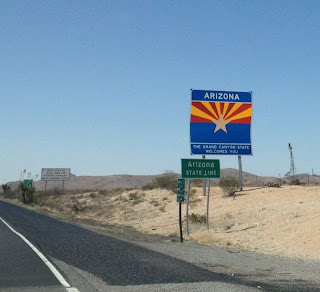 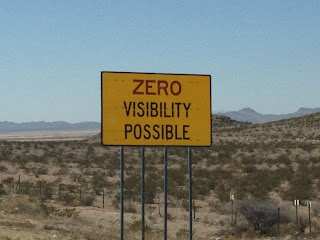 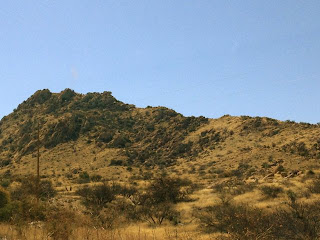 A ways into Arizona, the earth turned yellow. It didn't stay that was for long, but it was pretty amazing. 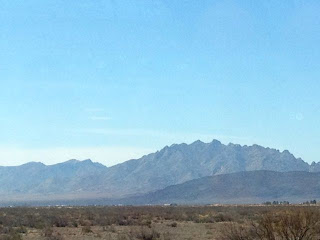 Above, the mountains outside Deming, NM, on Monday. Below, my painting of the same mountains from a few years ago. Cool, huh? 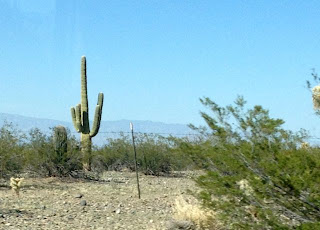 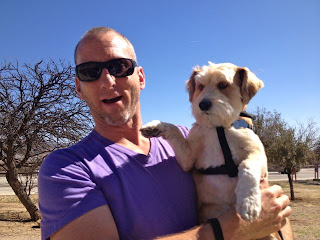