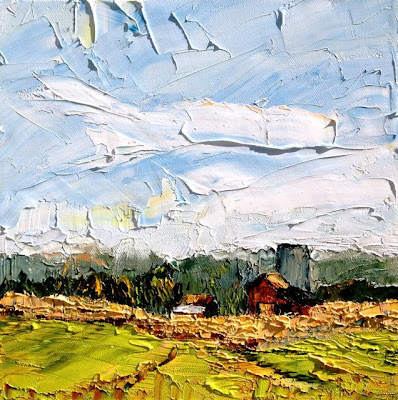 I spent the night Saturday in a hotel in Plymouth, NC.
When I got up this morning, I decided to head back to the coast (I got a little lost yesterday) and look for stuff to paint.
I found Belhaven on the map, and it sounded pretty and looked like it had possibilities, so I decided to go. It was about 30 miles from Plymouth, and I could go one of two ways. I set out to discover which would be the prettiest.
Let it just suffice to say that I asked two women, both in their 40s, both natives of Plymouth, and neither one - neither one! - had ever been to Belhaven, or on either of the roads to there.
Wow.
***
Belhaven, when I got there, was pretty - and also deserted. Seems like lots of everything is closed in North Carolina on a Sunday.
So I left Belhaven and in a while, stopped in Wilson, NC, to get gas. I'd seen a sign for a barbecue restaurant, and asked the woman behind the counter for directions.
I followed her route, but I nearly drove past the restaurant. There were so many vehicles in the lot, I thought it was a car dealership! Then I saw the policeman directing traffic.
Guess the little towns are empty because everyone's in Wilson, eating barbecue.
p.s., it was delicious!

awesome! It's true haven't seen you put much painting up here in a while, but really sweet!
painters edmonton