Miles and Miles (and Miles) of Texas 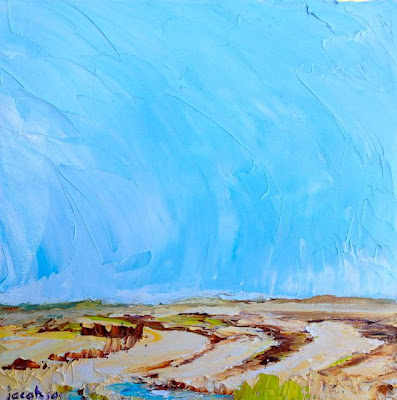 I  believe I have found the longest road in the world.

It's Interstate 10, and in addition to wherever else it goes, it runs for 879 miles IN Texas.

I drove for the entire day Saturday in Texas, stopping only to paint, to get gas, to smush the roof of the van into an overhang at Starbucks (cosmetic damage only, and easily fixed, I think), and to make this painting.

Aside from that, I drove for 11 hours, all in Texas, and I have hours and hours and miles and miles of Texas to go today.

I will say that this route is more interesting than the one I drove the last time I was in Texas. At least here, there are hills and even mountains. The landscape does change, if at a snail's pace.

In those miles and miles and miles of Texas, I did see lovely old abandoned farms. I saw a huge new power line going up. I saw a wind farm, about a dozen BBQ joints, and the beginnings of what looks like The West.

I saw a small group of Texas longhorns at the side of the road, and doubled back to take some photos. Unlike regular cows, they were not interested in me, and neither turned to look nor came near the fence. Their horns are so long, they are nearly ridiculous! 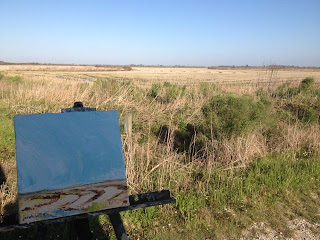 On the way to the longhorns, I saw some Texas llamas, who stared at me probably the way I was staring at them.

And as the sun set spectacularly, I saw two real Texas cowboys, rounding up some cattle. It was too dark to take their photos, but it was a real treat to see working cowboys. 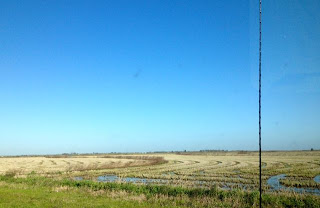 Here's more of the landscape where I painted, near Winnie, TX 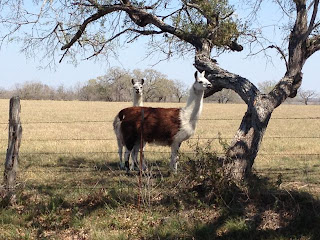 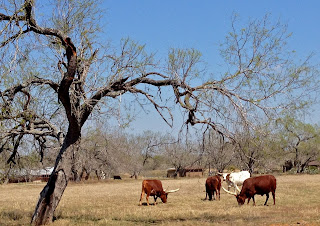 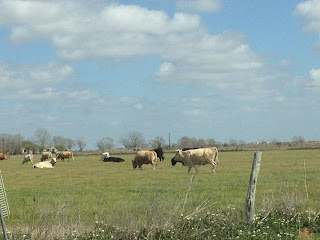 Wonder if these cows feel less than? 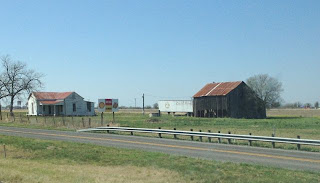 Throughout the day, I saw lovely farms and ranches, working and abandoned 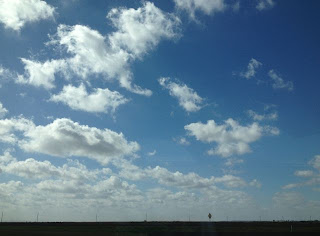 The sky was intense pretty much all day 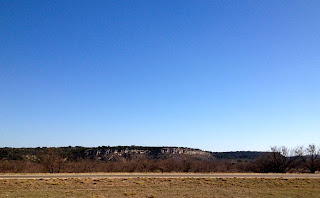 About midway through the day, the land began to look Western. 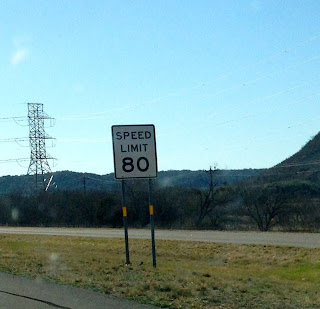 I don't think I've ever seen an 80 mph speed limit before... and I would ask: What's the point? 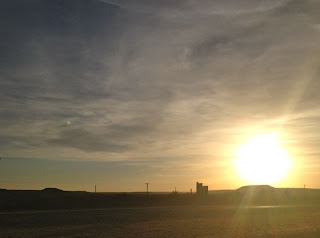 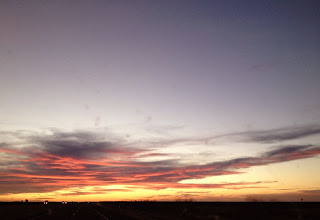 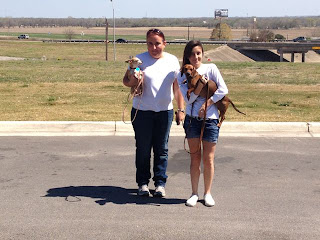