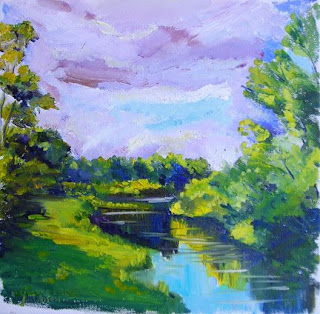 I used to make fun of people who parked their minivans crookedly, or sticking out, or taking up more than one space. Made fun of them or became infuriated by them.

We've had the minivan since March, and I still can't park it - even in a parking lot! I can't get the thing to drive straight into spaces. I have to back up, over and over, to get it straight.

I can't tell how long it is, or where the front is. I can't tell where the sides are. I have to open the door and look at the white lines on the lot, or even get out of the car to see whether I'm sticking out!

I parked so badly at a local pizza joint a couple weeks ago that I felt compelled to make a general apology to the people who were in the store, waiting for their pies. It looked like someone with some sort of mental issue had parked the van and then just walked away. Honestly, I was humiliated. I've been a good parker all my life.

I have parallel parked the van only once. This was in Ashland, Kentucky, on my way home from Arizona. I made such a hash of it that the people who'd just parked in front of me (also in a minivan - it was watching them park that made me sure I could do it) ended up directing me, and laughing their heads off.

It all makes me glad that we have the Miata!